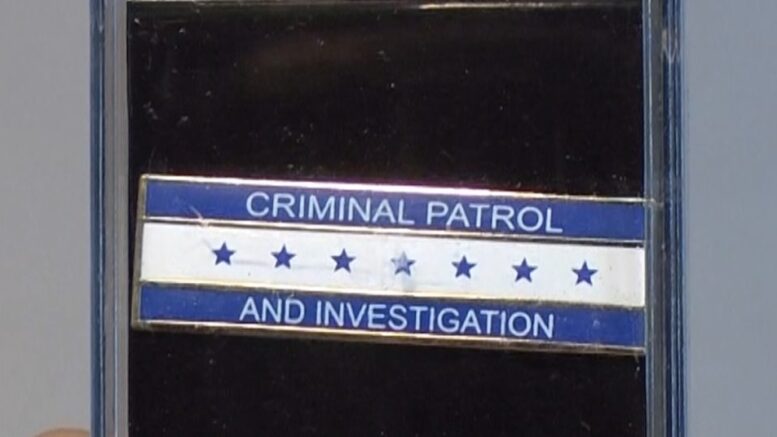 NEGAUNEE — On Wednesday, several State Troopers were given a special award at a ceremony in Lansing for their outstanding work in the field. 11 troopers from across the Upper Peninsula were given the Corporal Samuel A. Mapes Criminal Patrol and Investigation Award.

Only a small number of troopers are eligible for the award from each district, which makes it a prestigious award to receive. It’s only given to the top 5% of troopers from every district that excel in being proactive when it comes to criminal investigations and patrolling that are closed by felony arrests, which accrue throughout the year.

“It’s a humbling award,” said Trooper Shane Hauff, one of the four recipients from the Negaunee post. “It just lets people know that you’re proactive in your job. Everybody is busy throughout the state, all the troopers that work, but this kind of gives you an extra leg of investigative skill and patrol.”

Recipients are given a special ribbon to wear on their uniform that honors Corporal Mapes, who was a state trooper and was killed in the line of duty during the prohibition era.

“He was a trooper that used to run the road, and ran into some rum-runners,” Hauff said. “He was offered a bribe but didn’t take the bribe, and as he turned around he was shot in the back. Over the course of time, they’ve created this award in his honor. He was the seventh trooper in the Michigan State Police in the line of duty, so each award has a seven-star banner on it.”

Here’s the total list of State Troopers from around the Upper Peninsula that received the award:

Midnight Rodeo in Ishpeming: Police respond to bull on the loose