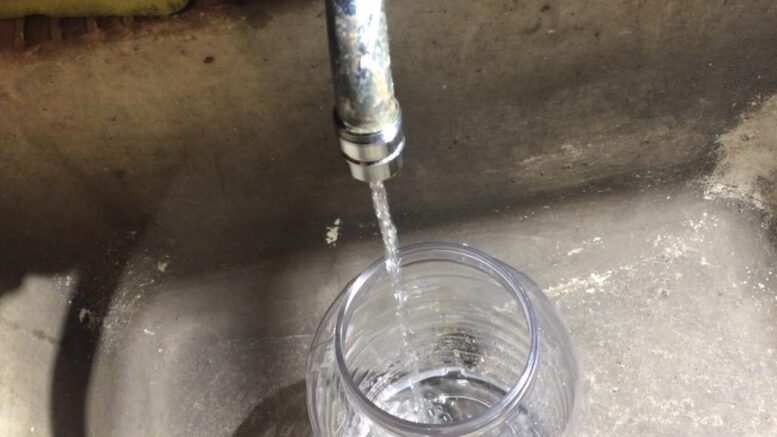 HANCOCK — As things get warmer in the upcoming days, the city of Hancock reminds its residents who are on the let run list, to keep one faucet open until further notice. The advisory applies to residents who have had a documented history of frozen pipes and is intended to prevent a re-occurrence. Municipalities don’t normally encourage it’s residents to leave  a faucet running, but this past week has caused many exceptions to due it’s frigid nature.

“This was adopted by the city council in November of 2014,” said Hancock City Manager Barry Givens. “It comes down to- if you’ve had a freeze up within the prior three years, or if your lines have frozen currently, you’re eligible to run your water at a rate that the policy dictates.”

That rate turns out to be 11,000 gallons for the month, and is the equivalent of running an open faucet to produce one quart every 60 seconds.

“If you have one in your house and run it, you can take a gallon container and fill it up, we’re looking for about 4 minutes to fill that up,” said Givens. “That’s about the rate you need to not freeze.”

“The major item to keep in mind is just to get some of that water flowing and maintaining that flow,” Givens said. “You don’t want it less than that amount of 1/4 gallon per minute because if it’s too slow you could face a potential freezes up even if it’s just dripping, but you don’t want it using too much water excessively because it’s just wasteful and not needed.”

If you have experienced a freeze up recently and need to open a faucet, it’s important to let the city know so that the exemption applies to your monthly bill as well.

“You do that, and let us know, provided evidence that you’ve had a freeze up within the last three years, and we’ll get you on the let run list,” said Givens.

Warmer weather is expected soon however, the ground is still very frozen and has the potential to still freeze pipes, even with an outdoor air temperature that’s above 32 degrees.

“We’ll let people know when the weather is conducive to ending the let run but just because we’re getting some warmer temperatures this weekend, anybody who’s on the let run list- keep your water running until you’re notified otherwise.”

City of Hancock to hold public hearing on marijuana sales