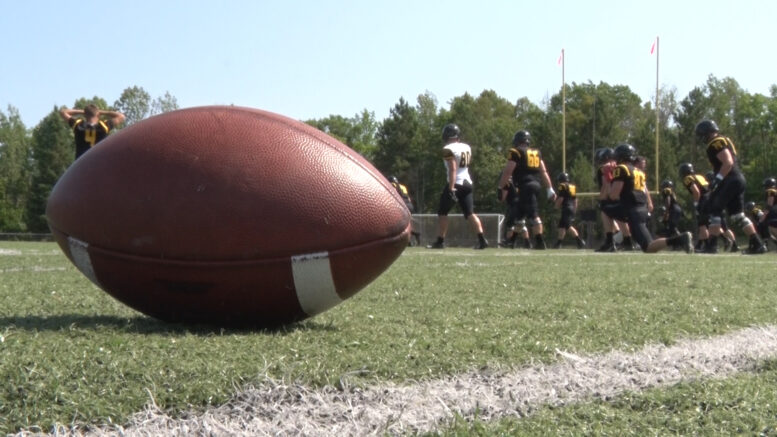 Wenzlick, who hails from Meridian, Michigan, was recently named First Team All-GLIAC, Alan Bovard Most Valuable Player (MTU), Offensive Back of the Year (MTU), and Outstanding Offensive Player (MTU) following an outstanding 2018 season. Wenzlick led the Huskies with 872 receiving yards while ranking fourth in the GLIAC this season. He shared the team lead in touchdown receptions with four, ranked third in the conference in receiving yards per game (87.2), and was second in the GLIAC in receptions per game (5.2). Wenzlick completed the season with 52 receptions, including a season long 67-yard touchdown catch in the 2018 opener at Truman State.

Wenzlick also caused havoc for opponents on special teams with his ability to return kicks. Wenzlick led the conference in both combined kick return yards (873) and in all-purpose yards per game at 180.60. His combined yardage total was third best in all of NCAA Division II while the all-purpose numbers ranked fourth in the nation. Wenzlick broke a single season school record for kickoff return yardage with 819 this season. The previous record was 778 which was set by Robert Haynes in 2007. He closed the 2018 campaign with 1,806 all-purpose yards and was an All-GLIAC Second Team honoree following the 2017 season.

In the classroom, Wenzlick has been a GLIAC All-Academic Excellence/Academic Team honoree in each of the last three seasons. Wenzlick is majoring in Biomedical Engineering at Michigan Tech. For his combined performance on the field and in the classroom, Wenzlick was selected to the 2018 Google Cloud Academic All-District® Football Team in NCAA Division II Super Region 3, picked by the College Sports Information Directors of America.

James, a senior from Sault Ste. Marie, Michigan, earned a spot on the All-GLIAC 1st Team and was the recipient of the Tech Daniel Dopp Memorial Outstanding Special Teams Player Award as one of the top kickers in the conference and the nation. James had two punts travel over 60 yards in 2018 and averaged 40.8 yards per punt, the highest single season average in school history. He was second in the GLIAC and 35th in NCAA Division II during the regular season in average yards per punt. Following this past Saturday’s game against Northwood, his career average is a school best 39.1 yards per kick over 106 kicks. Ryan VanGoethem is next with a 38.2 yards per kick average on 123 total punts.

In addition to the yardage totals, James landed 17 punts inside an opponent’s 20-yard line which was second most in the GLIAC. He also forced returners to make six fair catches and only had three punts go into the end zone for touchbacks. James had 32 career punts settle inside the 20-yard line and he never had a punt blocked in 106 total tries.

The first-team and second-team All-Region selections advance to a national ballot from which the 2018 Don Hansen NCAA Division II All-America team will be selected.

Huskies focus in 2018 is third down conversions