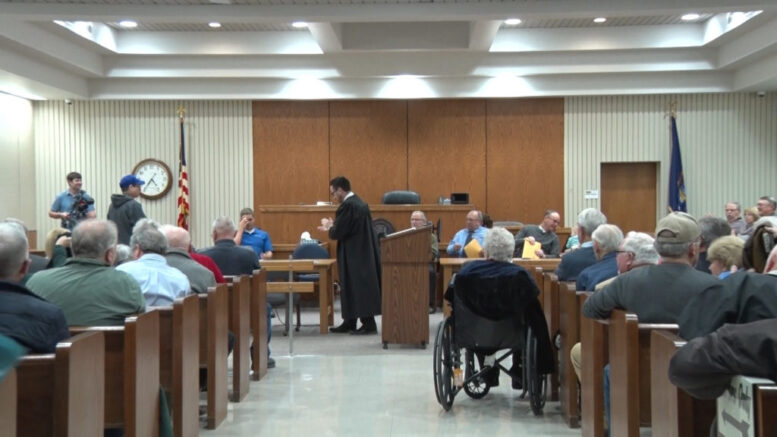 ESCANABA — On late Thursday afternoon, Senator Ed McBroom was officially sworn in as Senator for the 38th district of Michigan.

The swearing in took place at the Delta County Courthouse that was fully packed to witness it.

Being the only state senator from the Upper Peninsula, is a daunting task for McBroom, but he says he’s humbled and excited to get the job started.

“There’s a number of pieces of legislation that we worked on in the House that still have not gone through. We need to work on the dark stores issue, there’s a lot of natural resources issues that continue to be important, land management issues” said the 38th District Senator, Ed McBroom. “I was really into issues with government oversight and accountability and I want to pick those up and develop those ideas more.”

A reception was held for Senator McBroom at the Bonifas Art Center, following the swearing in.