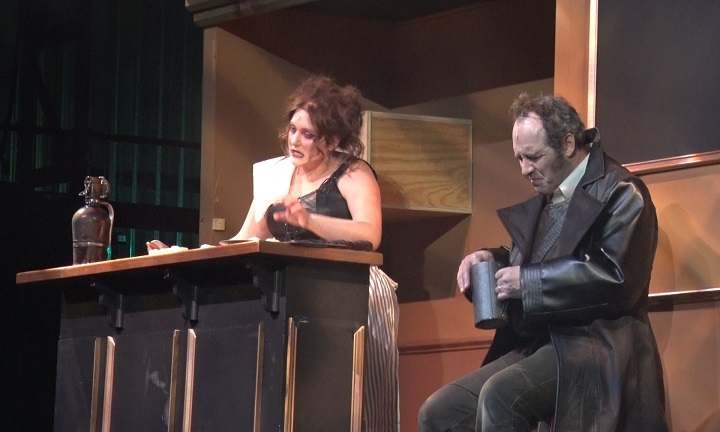 MARQUETTE — A haunting musical that tells the unsettling tale of a barber who returns home to take revenge on a corrupt judge.

This production is being directed by Keli Truckey and her husband who will be playing the lead, Sweeney Todd.

Sweeney Todd: the demon barber of fleet street was a book written by Hugh Wheeler, and the Music and Lyrics were done by Stephen Sondheim. This show will be replacing haunted theatre this year but the cast hopes that this musical will terrify you in other ways.

It may also change your mind on eating meat pies as well.

“It is very psychological and it’s not what you expect,” said Devin Murphy. “It will leave you thinking am I eating real people, the next time you have a meat pie… Just kidding.”

The musical will be having its first show Friday, October 26th at 7:30 PM. Tickets are $15 for the general public, $10 for students, and $5 for NMU students.

The musical is located in the Forest Roberts Theatre.