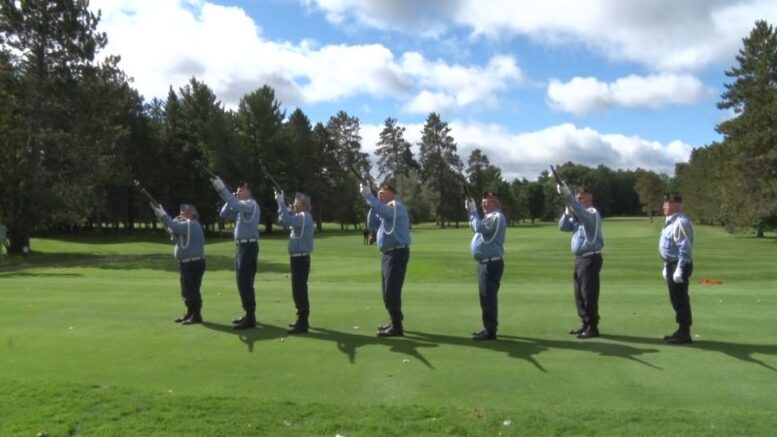 IRON MOUNTAIN — Brave, courageous, and strong. These words can’t even begin to describe the men and woman who have served our country during times of war.

Some return home to their families, but others have been prisoners of war, have gone missing in action, or have made the ultimate sacrifice. Today, a public ceremony in Iron Mountain held by the Oscar G. Johnson VA Medical Center paid tribute to the former POW/MIA’S who live in the Upper Peninsula and northeastern Wisconsin, as well as those who were killed in action.

“This is a group of veterans that we serve – these American heroes – they know what it means for the price of freedom,” said  Brad Nelson, Oscar G. Johnson VA Medical Center Public Relations Officer. “They lost their freedom for a period of time in their lives, and probably more than any other American men and women who served, they know what the loss of freedom and the threat of death is.”

One of the few former POW’s present served in WWII in the Army’s 101st Airborne and leapt into France at 1:00 in the morning on D-Day. 5 days into the mission, he was captured by the Germans and held against his will. Suddenly, a man was stripped of the very thing he was fighting for – freedom. He later managed to escape with another soldier from the POW camp.

“I had a great time in the service – I learned a lot in the service,” said veteran and former POW, Glenn  Johnson. I had never gone out of Racine [Wisconsin] before, except to join the service. My dad was in, my brother was in, and I was the only one who was home – so I thought I might as well go, too.”

The ceremony this afternoon featured a Color Guard presentation by American Legion Post 50. A 21 gun salute was held in honor of the soldiers that served, as taps was played in the background. The day left everyone feeling humbled, and thankful for those that have and continue to protect our freedom.