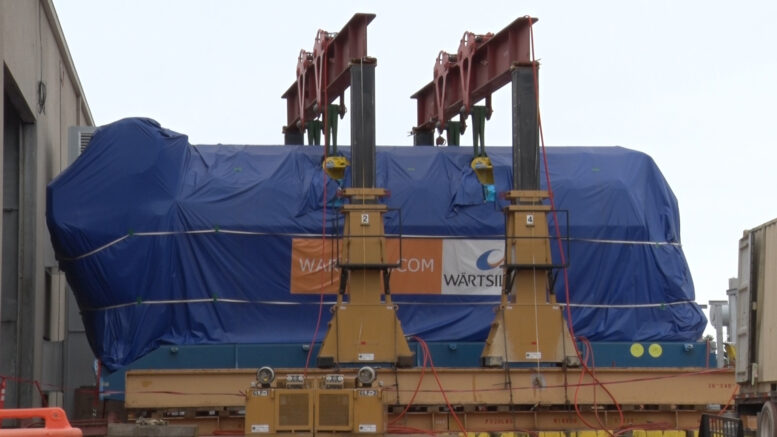 NEGAUNEE — Back in 2015, the governor had a call to action because he felt like there was energy crisis in the Upper Peninsula.

“When we set out to develop our project we were looking for a few things; a clean power source, affordable, long–term and that’s what this technology does for us” Director of Upper Michigan Energy Resources Corp. (UMERC), Richard  Rayborn.

The generating station is fueled by natural gas, which is a clean technology that is becoming more prevalent in the United States.

The amount of energy that will be produced is unlike anything the U.P. has seen before.

“We have seven engines, each engine has a net output of 18 megawatts. One Walmart would be equivalent to one megawatt so, you could theoretically power 182 Walmarts with the engines that we have on site here” said Rayborn.

With the opening of the power plant around the corner many may be worried about how the Presque Isle Power Plant will be affected.

The change from the Presque Isle Power Plant to this new facility will be almost unnoticeable to consumers.

The power plant hopes to be fully operational by April 2019.

“There will not be any interruption of any kind, it will be synonymous, slowly taking down Presque Isle Power Plant and powering up this facility

This station is currently at 45 percent completion and once this and the Baraga station are complete, they will be able to provide a long–term energy solution for the Upper Peninsula.