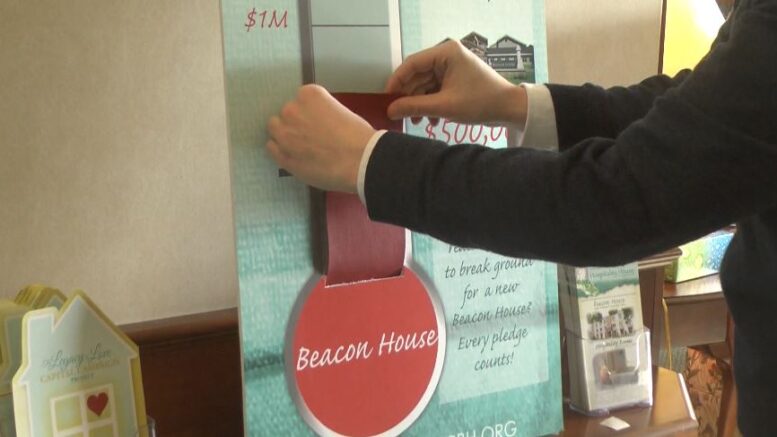 MARQUETTE — The Beacon House in Marquette has seen progress in their efforts to raise enough funds to break ground on their new facility, to be located on the grounds near where the new UPHS Marquette hospital will reside. Currently, the beacon house has just over half the funds necessary to start the move.

“About $1,400,000 is still left to raise, said Beacon House CEO, Mary Tavernini-Dowling. “That seems like a huge number, I understand people might be a little bit intimidated by that, but when you think about breaking that up into all the counties- 15 counties in the Upper Peninsula that we serve – in all those counties, if there’s a couple hundred people in each of those counties that will make that pledge, it’s gonna get built as a team.”

Recently, the hospitality house made the difficult decision to limit the number of rooms they can offer for those needing a place to stay while their loved ones receive treatment at the hospital.

They have closed all but their offices on 3rd street, however, they’ve left the 21 beds at the hospital available, in an effort to save funds for the planned movement, and expansion. Since July, they’ve been forced to turn over 200 people away who have needed somewhere to stay.

“Unfortunately, I’ve had to hear stories of these families that are sleeping in their cars because of the financial burden on them at that time, and they weren’t prepared for it,” said hospitality manager, Margaret Parker. “We’re doing our best, working  as much as we can to raise they dollars to open the new Beacon House as soon as possible.”

But through it all, the community has stepped forward, and is working hard to make the plans come to fruition. Last Friday, a 906 pledge party was held to encourage locals to support their cause, and to help spread word of their need. The turnout was uplifting.

“It warms my heart,” continued Parker. “People that I didn’t expect to see came, and it was great to meet those folks – they were some of the hospital staff – and to be able to thank them in person as well,  versus just receiving that pledge in the mail, and then talk about our story and the new Beacon House, how it’s going to impact their patients, and what we can do to work together to help everyone.”

The staff at the Beacon House says that they appreciate any donations to their capital campaign, and that they are anxious to see groundbreaking day.

Celebrities gear up for golf tournament with help of PGA professionals

Celebrities team up with area residents to golf for good cause