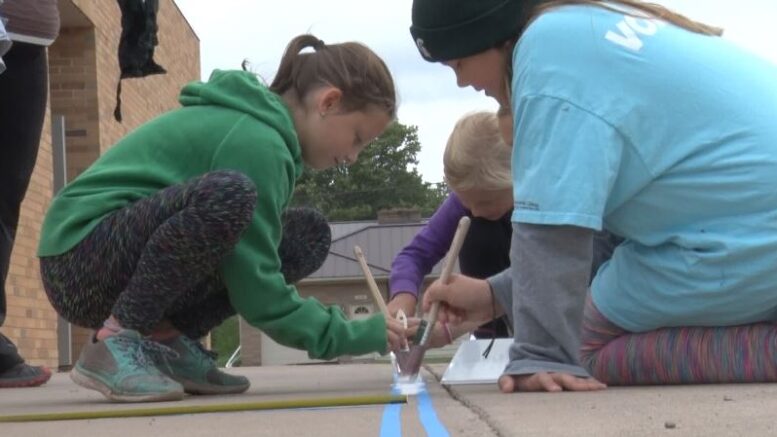 ISHPEMING — Birchview Elementary in Ishpeming is preparing for the new school year by making improvements to their playground with the help of volunteers.

The Parent Group gathered Tuesday afternoon to begin enhancing the playground equipment by repainting already existing structures, and also to add painted games on the concrete, such as four squares. A few students also participated to represent their peers and to assist in the project.

The Parent Group says this has all been made possible through fundraisers in the past.