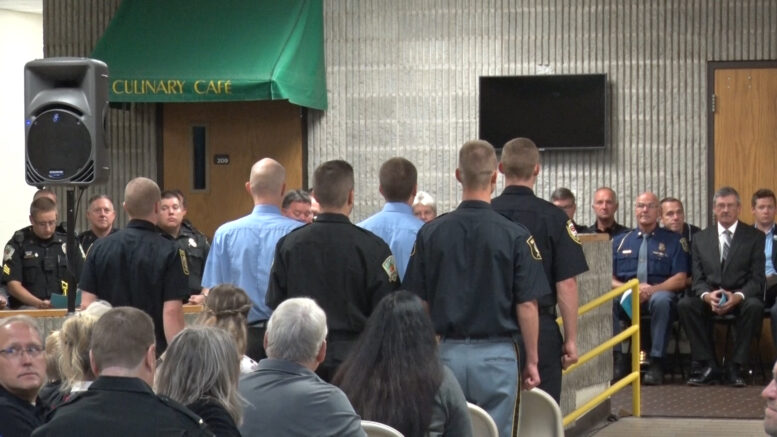 MARQUETTE — It was a special day for local police recruits at NMU.

The Northern Michigan University Regional Police Academy celebrated the graduation of 14 recruits at the Jacobetti Complex today. Over the course of four months, the recruits from the Upper and Lower Peninsulas as well as Illinois trained for 800 hours in a basic police training program.

“It’s been a lifelong dream of mine to be a police officer, and I’m really glad I finally have a chance to follow that dream,” said Recruit and Class Leader Jonathan Cieslinski. “The 16 weeks has definitely been long. It’s a lot; getting up early, staying out late, I was working on the weekends, so this is going to be my first day off since before the academy. But for everything you had to give up to do it, it was absolutely worth it.”

All recruits passed the 200 question exam, with the lowest score being an 89 percent. After the graduation, some of the recruits were sworn in or pinned as part of being hired by local police agencies.

The rest of the recruits are expecting to be hired very soon.

Annual Career Fair at NMU for Construction and Engineering students

International Cuisine to please your palate