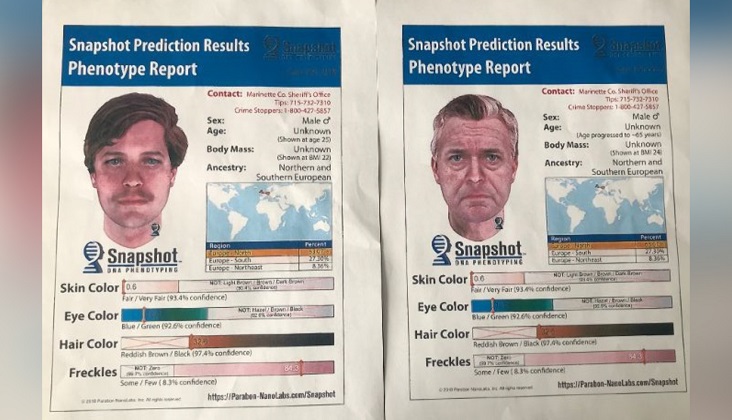 MARINETTE — 42 years ago today a double homicide occurred in the town of Silver Cliff in Marinette County.

Matheys was sexual assaulted prior to her death.

With the evolution of DNA, the Marinette County Officials hired a company called Pardon.

“This is no longer an artist conjecture, based on what some witnesses are telling them in a sit down interview. This is science at work, look at the percentages on skin color, eye color, and hair color. To me this is fascinating this is exciting, it’s a heck of a new development in this case and one we just had to pursue,” said Jerry Sauve, County Sheriff in Marinette County.

Marinette County officials are hopeful they will break the case with the new sketches.

If you have any information pertaining to this investigation click HERE.

New composite photo of homicide suspect to be released