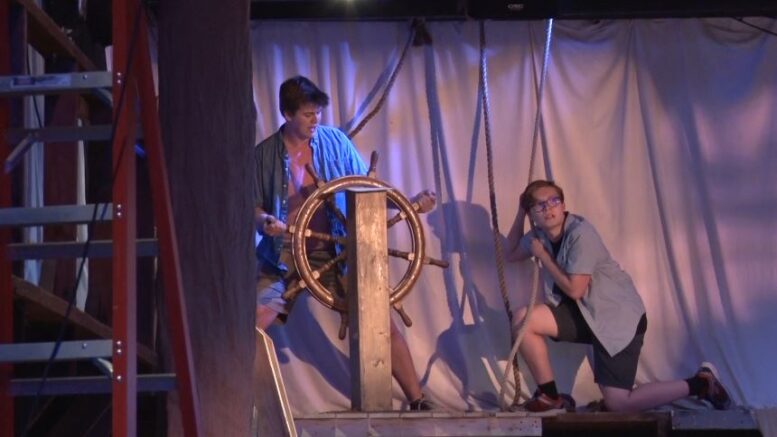 MARQUETTE — Lake Superior Theatre is bringing back a locally written show, discussing immigration in the late 1800’s – and how important it was to the growth of the country, and the Upper Peninsula.

‘Beacon on the Rock’ was first performed 20 years ago, and was written by Northern Michigan University professors Shelley Russell and Robert Englehart. The play focuses on heritage and family roots, illustrating the diversity of the people who came to America from all over, seeking a new beginning. Russell says the play could not have been brought back at a better time.

“How could we not do Beacon [on the Rock] at a time when immigration and community are on everybody’s lips,” said playwright and director, Shelley Russell. “These are very important topics right now, and that’s what Beacon [on the Rock] is all about – it’s about people who desperately needed to find someplace safe, someplace that they could raise their families. ”

“This is the first year ever that we’ve gone back and retrograded folk music from various cultures into it, so there’s live music , not in the whole show, but a lot of key moments you’ll hear representations of the cultural heritage of our community,” said assistant director, Orion Couling. “That’s really exciting, both from a folklore standpoint and from and acting standpoint.”

Beacon on the Rock runs for two weeks; July 10th-14th and the 17th- 21st. Tickets can be found online or through any NMU Ticket Outlet.

A contemporary feel to ‘King Lear’