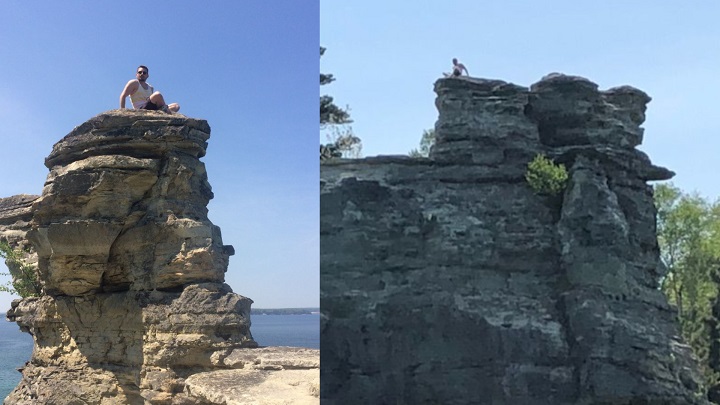 ALGER COUNTY — A downstate man was rescued and then fined after becoming stranded at Pictured Rocks National Lakeshore on Tuesday.

At approximately 12:19 p.m., Pictured Rocks National Lakeshore Rangers on Marine Patrol located a 30 year-old Auburn Hills, Michigan man stranded on top of the Miners Castle Turret. The man had disregarded the warning signs, climbed over the fencing and then became stranded on the iconic rock formation.

Alger County Rescue 21 responded to the scene and set up a rope rescue system. A technician was then able to rescue the male from the castle.

The man was charged for three federal law violations including disorderly conduct – creating a hazardous situation, trespassing in a closed area and damaging a natural resource. The fines for these violations totaled $690.

Rangers would like to remind the public that entry into closed areas may be unsafe, create a hazardous condition and result in federal charges.