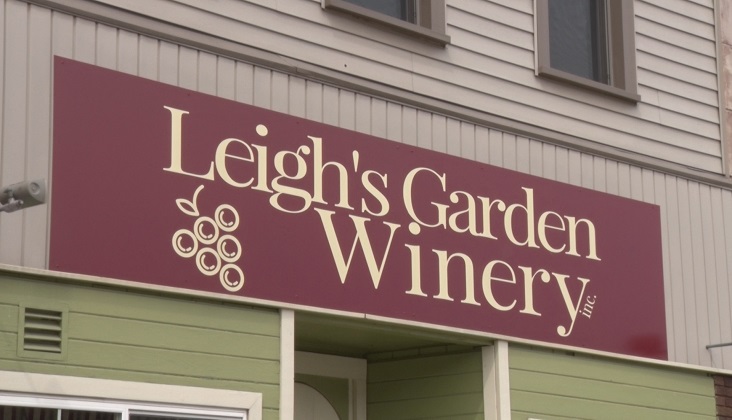 ESCANABA — If you don’t know already, then you do now: May 2018 is Michigan Wine Month.

Starting today, and for the next several weeks, ABC 10 is bringing you Wine Wednesday. We will highlight a different U.P. winery until the end of May.

This week, we celebrate an anniversary with Leigh’s Garden Winery in Escanaba.

One of the first structures in downtown Escanaba has been Leigh’s Winery the past 10 years. Leigh’s Winery opened when the recession was going on and didn’t quite know if they were going to make it or not.

In their first year as a winery they produced 500 bottles of wine, compared to the 2,000 gallons of wine they are did this year. You might know Leigh from one of his most popular wines, that Yoopers like the most.

“We made a sweet rose wine and we called it Yooper juice. It’s tough like the Yooper’s around here and it’s on the sweet side. We made a small batch of 100 gallons the first year, went to 200 hundred, and 300 gallons of that particular wine by itself,” said Leigh Schmidt, Owner of Leigh’s Winery.

This building went up in 1881 and has a lot of historical significance downtown. One of their first wines was called the “Old Escanaba” to commemorate the fact they are part of old Escanaba.

“Were not a huge winery were just a small local place. Were involved in the community, people will come in our door and say were having dinner downtown, but we don’t know where. We will give them advice on different places downtown,” added Schmidt.

This year marks their 10 year anniversary and on July 7th, they will be hosting an event to celebrate their years in Escanaba. They are bringing in local chefs to do tasting with appetizers and wine pairings plus much more.

They offer wine tastings and tours during store hours. Tickets for the event will be coming out in a month.

Come out and celebrate Wine Wednesdays