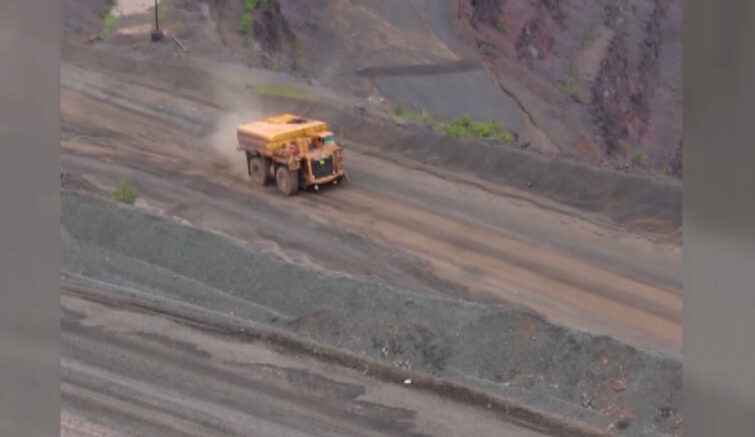 Cleveland-Cliffs CEO Lourenco Goncalves hinted about the possibility of re-opening the mine at a State of the Company press conference in Marquette in February. According to a press release, the House voted in support of the resolution during House session.

“I was pleased to stand with my fellow U.P. representatives today to pass House Resolution 303. Having my colleagues recognize the significance of Cleveland Cliffs’ investment in our state is greatly appreciated,” said Cambensy in a press release. “I look forward to presenting both the House and Senate resolutions of support to Cliffs CEO Lourenco Goncalves on Thursday.”

Cambensy’s resolution encourages Cleveland-Cliffs to choose to reinvest in the Empire Mine, and argues that the state’s strict environmental standards will ensure responsible stewardship of the area’s natural resources as ore and other minerals are extracted.

“With this resolution, we are saying that the U.P. is open for business, and we welcome the investment that we hope Cleveland-Cliffs makes in the Empire Mine,” said Dianda in the statement. “I was pleased to support Rep. Cambensy’s resolution, and I hope this will help bring good jobs and better opportunities to U.P. families.”

House Resolution had bipartisan support with 38 co-sponsors including all U.P. legislators.

One of these supporters was State Rep. Lee Chatfield. He said that the resolution was a crucial investment in U.P. to sustain economic growth for region.

“We’re seeing an increased demand for domestic steel and metal products and this is a turnkey facility with existing, proven infrastructure that is tailor-made for long-term success,” said Chatfield in a statement. “We want to see Cleveland-Cliffs join the efforts of Michigan’s comeback. It’s beneficial to the company, our state and residents in the Upper Peninsula.”