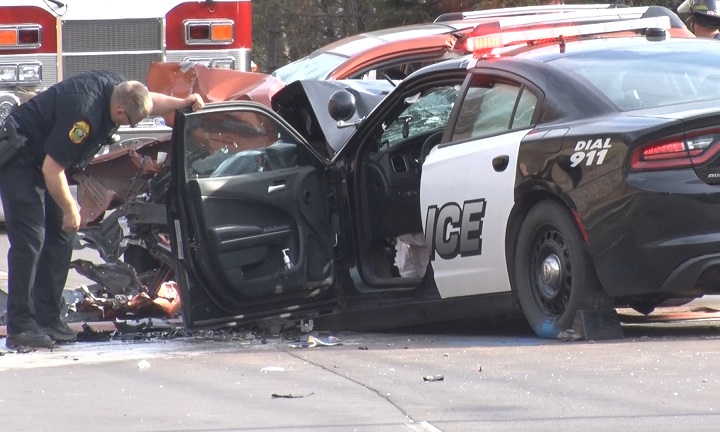 The police officer involved in the fatal vehicle crash on M-553 Tuesday was identified as 45 year-old Jacqueline Sweeney.

Investigators have released more information into the fatal crash that occurred on M-553 in Sands Township on Tuesday.

A 2005 Pontiac Vibe, driven by 80 year-old Nathanial Carpenter of Marquette, was travelling northbound on the roadway when it crossed the center line and struck the Marquette City Police patrol car that was headed south on M-553. Carpenter was pronounced dead at the scene.

The police officer was transported to UPHS – Marquette for treatment and is listed in stable condition.

Although the investigation is ongoing, authorities say that a pre-existing medical condition likely contributed to the crash. Anyone who may have witnessed the crash and has not been contacted by law enforcement is asked to contact the Michigan State Police Negaunee Post at (906) 475-9922.

MARQUETTE COUNTY — Due to an accident, M-553 North crossroads until County Rd. 554/Division Street is closed.

The crash happened around 4:00 p.m. The accident was initially reported as a head-on collision with serious injuries.

A Marquette City Police squad car was involved in the accident. The accident is still under investigation.

More updates will be provided as they become available.

Two motorcycle accidents occur within minutes of each other

Police looking for driver who left an accident scene