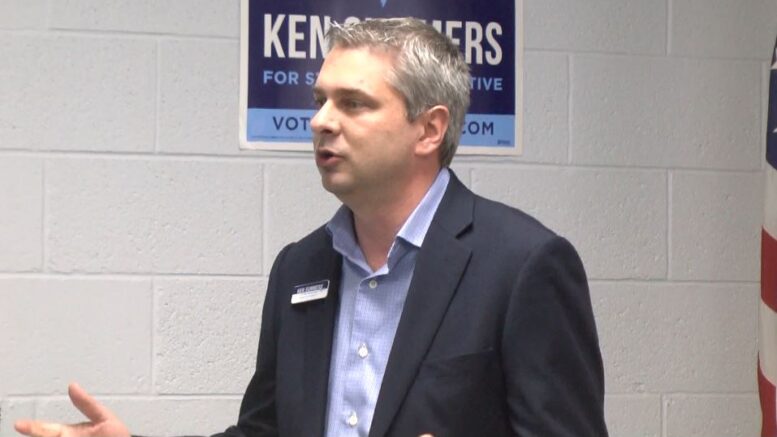 ISHPEMING TOWNSHIP — On Thursday night, a campaign kickoff fundraiser was held for democratic candidate, Ken Summers, as he begins the long race for the 110th District Seat.

Summers has been recently endorsed by 109th State Representative, Sara Cambensy, and current 110th State Representative, Scott Dianda, who is bidding for the 38th seat, as his term is set to expire. Members of the public gathered at Ishpeming Township Fire and Rescue to hear from Summers on what his plans would be for the district, and the issues he believes are important to the people he could potentially represent.

“You know, for far too long, we’ve built this country from the top down, and it’s about time we start building it from the bottom up,” said 110th State Representative Democratic Candidate, Ken Summers. “That means investing in people – we need to invest in healthcare, education, infrastructure, and when we do those three things, we’ll create the jobs we so desperately need here in the UP.”

Currently, Summers is running unopposed on the democratic side – if he wins the primary in August of this year, he’ll advance to the general election in November.