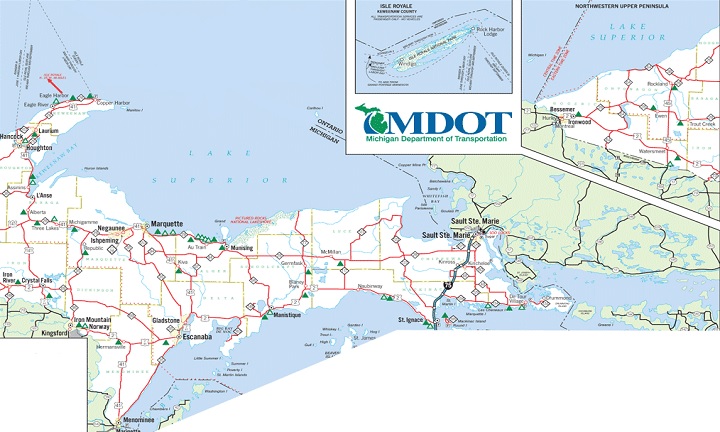 MDOT'S map of roadside parks in the Upper Peninsula.

UPPER PENINSULA — Roadside parks operated by the Michigan Department of Transportation in the Upper Peninsula are scheduled to open May 7th, according to press release from MDOT.

MDOT maintains 32 roadside parks in the U.P. They usually close in late October and reopen in mid- to late April. Due to the late spring and colder temperatures, they are opening later this year.

While parks will be open, motorists should not expect drinking water to be turned on until later in May, after annual testing and treatment of the park water systems are completed.

In addition, the southbound I-75 rest area just north of St. Ignace, which has been closed for the season, will reopen on Monday, April 30th.

Win a trip to the top of the Mackinac Bridge