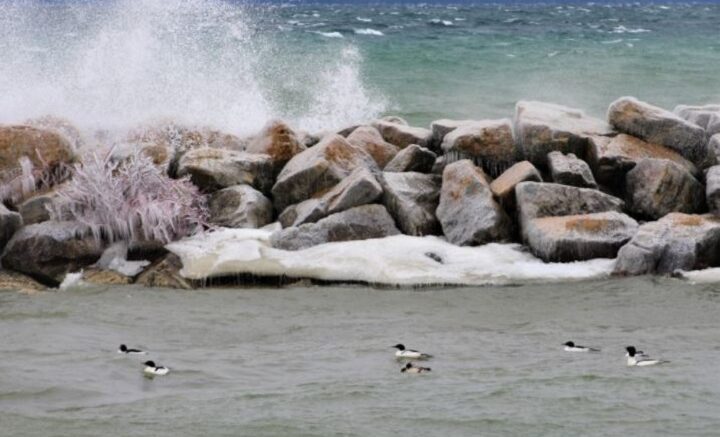 LANSING — Michigan Attorney General Bill Schuette has notified Van Enkevort Tug and Barge, Inc. that he will bring a civil action against the Escanaba-based company whose ship dragged an anchor across State bottomlands and submerged electric and petroleum pipelines in the Straits of Mackinac.

The Department of Attorney General has determined that the Van Enkevort-owned Clyde S. Van Enkevort  passed through the Straits shipping channel at the time the American Transmission Cables and Enbridge Line 5 pipelines were damaged on Sunday, April 1st.

The damage caused the release of a hazardous substance, which has launched a clean-up response including the U.S. Coast Guard, the Michigan Department of Environmental Quality, United States Department of Agriculture’s Animal and Plant Health Inspection Service, county emergency managers, local tribes, the National Oceanographic and Atmospheric Administration, U.S. Fish and Wildlife, Environmental Protection Agency and American Transmission Company. You can read more about the efforts HERE.

“Protecting our waters is part of being a Michiganian. The waters of the Great Lakes surround our home, and we have a duty to protect them,” said Schuette in the statement. “The vessel ignored markers in the channel and clearly identified hazards on navigational charts that make clear that an anchor should not be deployed in this area of Straits. Allowing a large anchor to drag along the bottomlands in the Straits has resulted in violations of state law, and we will hold Vanenkevort accountable.”

Schuette is enforcing the water resources protection portion of the Michigan Natural Resources and Environmental Protection Act, which forbids the direct or indirect discharge of substances into water that are potentially damaging to, among other things, fish and other aquatic life. Each discharge is punishable by a civil fine of up to $25,000 per day of violation.

According to a letter sent to the company, Van Enkevort could potentially be liable for damages for harm to natural resources, attorney’s fees and court costs. This letter can be read in its entirety HERE.

The civil action against Van Enkevort only applies to state civil violations, and does not address any federal law claims, or any criminal culpability or liability of any individuals who may be responsible for the anchor deployment or maintenance.