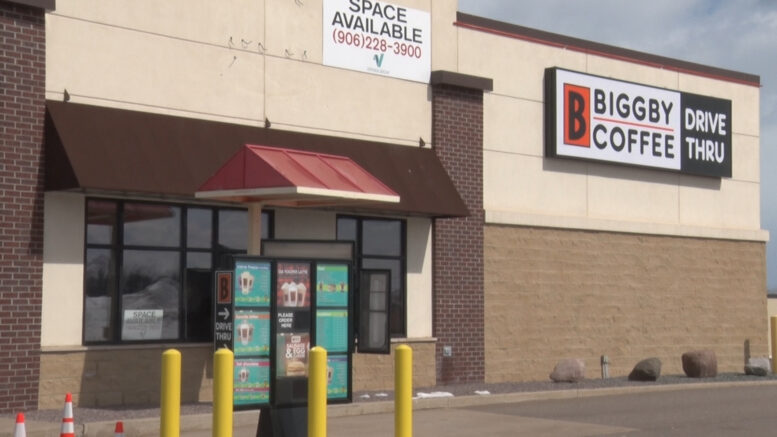 MARQUETTE — It’s time now to settle a bit of controversy. There’s talk of an inconveniently–placed sign, straying customers from the truth.

The culprit, which is drawing the attention of the caffeine–thirsty passerby, seen in a Facebook post advertising a vacant space, formerly occupied by Arby’s. But, despite the questions, comments and concerns, the open sign, as clear as day, is still beckoning the public to come in and try a latte, a frappe, or what have you.

“We just recently opened our drive–thru so people might not realize that it’s not the Arby’s drive–thru anymore, it’s our drive–thru,” said store Manager Greg Moore. “I think it’s funny that a lot of people think that we are closed, but then again it might be hurting out business because maybe people aren’t going to come here as often.”

There’s no worry about the future of some people’s favorite coffee shop. Biggby is–and will be for the future–standing strong.

Businesses will become liable for card fraud with new technology

JC Penney hair stylists start hair salon of their own