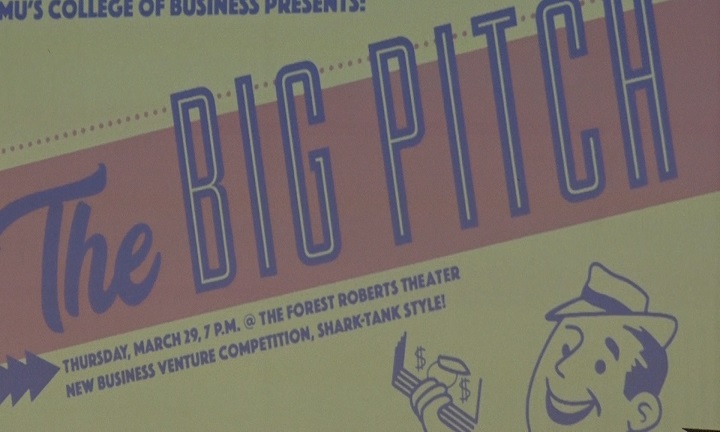 MARQUETTE — Last night NMU hosted an event that was a great opportunity for students to gain some business advice and allowed them to show some ideas off.

The Big Pitch is annual event that is hosted by the College of Business at NMU and is a way for students to come and compete against others to show off their business ideas.

This event ends with a stage and four contenders who want to show the judges what they’ve got.

“We have four groups today and they are presenting ideas that they came up with, said, NMU professor, Michael Crum. “A couple cases are actually businesses that have already started on a limited scale in the past year. The other two are ones that students want to start in the next year. Yea it’s all their ideas and that’s what makes it very interesting.”

These students want to get the knowledge needed to push their business forward and are thankful they get the opportunity to get a jump start on it at their university.

“The judges have a lot of great knowledge and recommendations for us as well as all the other competitors here,”  said Julie Wilhelmi. “I just think it’s really awesome that NMU is hosting this for students and young entrepreneurs who are really just getting their feet wet. Taking those first steps alone can be very scary, so it’s awesome they are helping us out here.”

Not only have the judges and professors been helpful in this process but it has also been a friendly competition between the competitors. But this doesn’t stop them from seeing the end goal in this competition.

“So I think the competition has been really good and relaxed,”said Brendan Jacques. “I think that really helps everyone out because if we are all friends it kind of takes us off the bigger focus of the being nervous about the pitch. So I think that we are all kind of friendly in that part, but it is a competition and we want to do our best, so we do stay focused. Other than that I think it’s been a great run so far and everyone is having fun. I think that’s the main thing is to have fun get some information and feedback from these judges and people who have actually built businesses and took them to the next level.”

This event has helped many NMU students and Entrepreneurs alike in helping them gain more insight on their future careers and businesses.