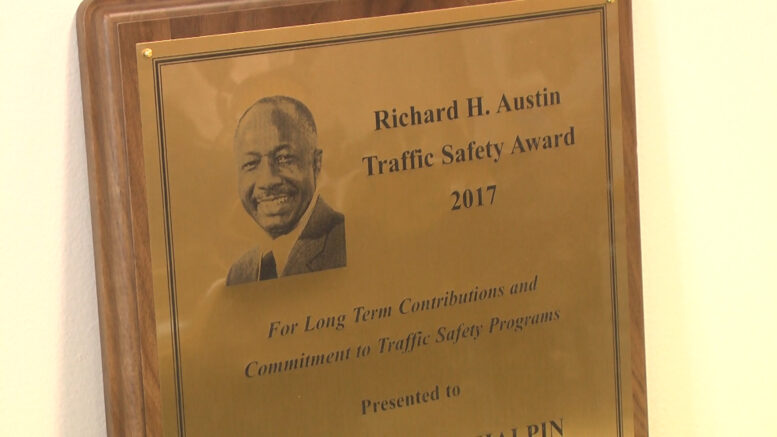 MARQUETTE —  Too often, the efforts exhibited by our law enforcement go unnoticed. One local member of the State Police was recognized last week for his efforts in promoting traffic safety.

“I’m just a small part of what police officers do every day, trying to go out and make our roadways safer,” said Halpin. “I just try to get involved with as many things as we can to get the public to buckle up and drive safely. Everything we can do to reduce the fatality rate in the state of Michigan and nationally, we need to do.”

Halpin continues his efforts to keep the roadways safe. He emphasized the fact that all officers involved work together and are cracking down on road safety. He said that reducing deaths by even one number is a successful venture.

Suspect arrested after attempting to force woman in vehicle