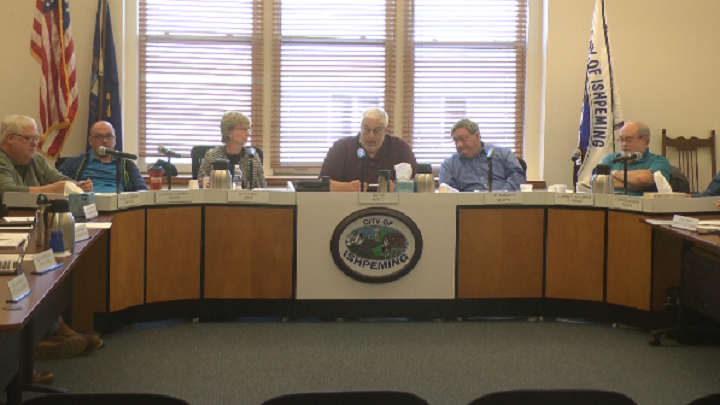 At a previous meeting, the council discussed a discrepancy in policy and presented a proposed letter of reprimand. The letter says Slown failed to follow through with Article X of the City Charter, which states that oral bids or quotations should be solicited for purchases or expenditures in the amount of $3,000 or less, and that expenditures between $3,000 and $10,000, written bids should be solicited and the purchase/contract should be awarded to a bidder who delivered a written bid or quotation to the City.

The council said Slown did not obtain the appropriate bids to purchase cabinets for the police department, which were ordered as two different bills that totaled over $3,000. Slown then wrote a response to the council, saying the reason for the different bills was due to budgetary limitations.

“There is no violation and no basis for a reprimand,” said Slown during the discussion at Wednesday’s meeting.

In his letter, Slown said he wanted to replace the cabinets immediately because of safety reasons. The cabinets were apparently broken and, according to the letter, at least one officer was cut on a protruding metal cabinet part.

Slown attached the bills for the cabinets to his response. One of the bills was written in December 30th, 2017 and the other was written January 8th, 2018.

The first bill, according to the response letter, was paid using available funds in the 2017 budget. When the City Council approved the 2018 budget, money was authorized to purchase additional cabinets for the police department. The more cabinets were replaced, creating the second bill.

Members of the council also brought up concerns with the bidding process. Slown’s response states that the Chief of Police did research about cabinet prices online, and confirmed this statement at the March 7th meeting.

Council members debated if Slown violated the charter and if putting the reprimand letter in his file was the appropriate action.

“We have to look at and decide,  ‘Do we have intent here to really circumvent that?’ I don’t think that I can prove in my own mind that that was the issue,” said Councilman Karl Lehmann.

Councilman Stuart Skauge said, “We’re not out to fire him, but we want the charter followed, and we expect the city manager to be the lead in that department.”

The council took action on the matter and voted 3-2 in favor of not putting the letter in Slown’s personal file.

Councilman resigns from appointed seat, sworn in to elected seat