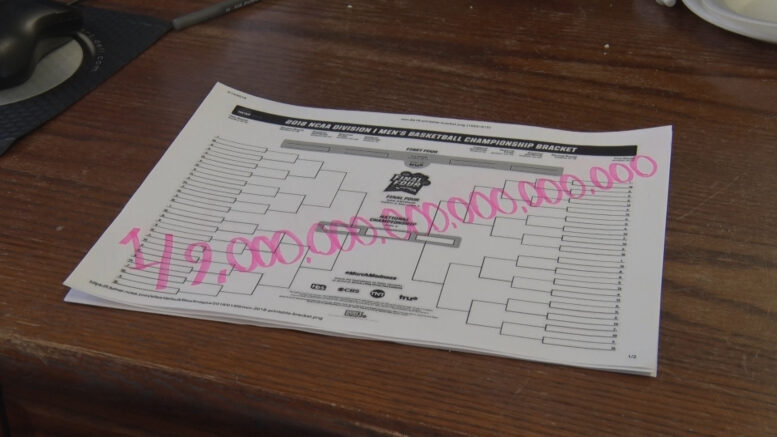 Some people fill them out just want to beat their friends. Others, well, they’re going for gold, trying to fill out the perfect bracket. But is that even possible?

“If you choose one bracket, you have a 1/263 probability of having everything perfectly correct, which is a shockingly low probability,” said NMU Mathematics Professor Daniel Rowe.

“You have to almost look more at historical trends within the bracket, I would say,” said ESPN UP’s Blake Froling. “I look at RPI, BPI, KenPom, kind of get a rounded view of that. Seeing who they beat, you know, any bad losses, trying to compare resumes, almost.”

According to Rowe, historically, there’s a 70% chance that the higher seed will win, at least in the rounds of 64 and 32. Picking upsets after that may get a little easier. The bracket is so tough to beat that the entire country working together would have a tough time submitting a perfect one, even if the probability of each game outcome is equal.

“Imagine everyone in the U.S., every day, show a bracket, for a hundred years,” said Rowe. “We would, as a group, still only have a one in a million chance that someone shows a perfectly correct bracket.”

No amount of work will make the bracket easier, and there’s really no right way of doing it.

“You can do all the research you want, but it’s really luck that’s going to take you far in the bracket pool. You can almost throw all of that knowledge out the window when it comes to tournament time,” said Froling.

The bracket is one of the unreachable elements of sports. You’ll have as good of a chance of creating a perfect bracket, even if you pick all upsets.