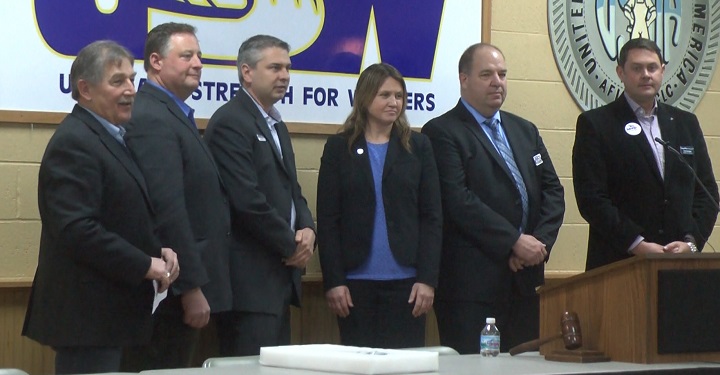 “We’ve got a consistent message that’s really going to reach out to everybody, all the voters, not just one side or the other. These are the commons issues everybody is concerned about, and we’re going to continue to focus on them as a unified slate going forward in 2018,” said Morgan.

“We are family, the U.P. is a family. We’re all together, we all have a lot of the same ideals and the same wants,” said Romps.

The plan includes improving infrastructure, such as repairing roads and bringing broadband Internet access to all of the U.P., ensuring that rural areas will have continued access to affordable healthcare, revamping state education to better prepare students for the workforce and creating and improving jobs, emphasizing that bringing in new, high-tech positions is equally important to maintaining current jobs.

“A lot of the jobs that have brought a lot of security to our communities, our families — our police officers, our teachers, our nurses. We are actually seeing a huge decline in people going into those fields. I think first and foremost we get more people that are interested in going into those fields, pay them what they deserve, and make sure they have the right protections so that they can do a good job and want to stay in those fields” said 109th District State Representative Sara Cambensy.

Cambensy also said that politicians from both sides of the aisle are working together to make sure that Cleveland-Cliffs re-opens the Empire Mine this summer, instead of in Minnesota, as previously discussed.

Dianda spells out priorities at start of new term