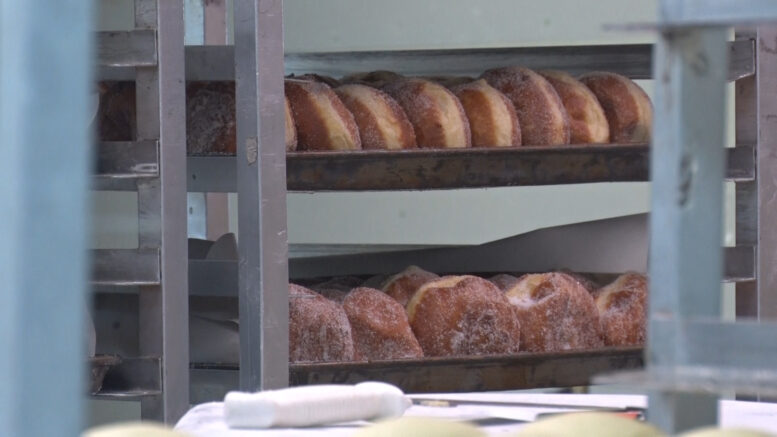 MARQUETTE — The Paczki is one of the staples of Fat Tuesday. Loaded with sugar, carbs, and deliciousness, it’s a perfect way to get that last guilty pleasure out of the way if you plan on eating healthy during the Lenten season.

“It was a way to get rid of all of that food that would spoil during Lent,” said Manager Joe Heck. “The very first Paczkis, not like we know the today and were filled with all good kinds of jellies, they were actually filled with pork fat and bacon so that they wouldn’t go bad during Lent. It was a way to splurge before you had your 40 days of giving it all up.”

Paczki season, for Huron Mountain Bakery, is all hands on deck. For 48 hours, they’re working tirelessly to make enough Paczkis for the city of Marquette.

“We’ve got everybody that works at the bakery working today,” said Heck. “So it’s our busiest day of the year on Fat Tuesday; we’ll sell 14,000 Paczkis by 5:30 [Tuesday] night.”

If the pork fat and bacon one doesn’t suit your fancy, many other flavors are available.

Be sure to stop in and get a Paczki or a dozen…and stuff yourself before you commit to your Lenten promise.