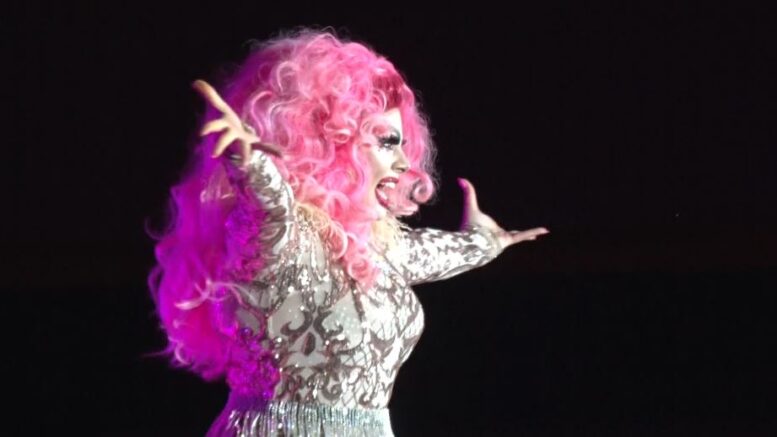 MARQUETTE — On Friday night, the Vandament Arena at Northern Michigan University was packed to capacity for the 22nd Annual Drag Show.

Queers and Allies, a student organization on NMU’s campus, was again in charge of this year’s show. It consisted of 6 professional queens and kings, some of who are avid players in the Chicago drag-scene. Also featured was the winner of last night’s amateur show.

One of the first out on the cat walk tonight was a Marquette native now living in Chicago as a professional drag queen. She said performing is always a thrill.

“Not only do we have diversity in the LGBT aspect of it, but most of the queens and kings are actually Hispanic and Black – I think we even have a Native person this year which is really awesome – and we had all of those people last year as well,” said Queers and Allies President, Erica Krause.  “So, it doesn’t just represent LGBT people, but it’s inter-sectional in all different ways.”

The show took months of preparation. Krause said the show always receives a lot of support from the student body and the university.