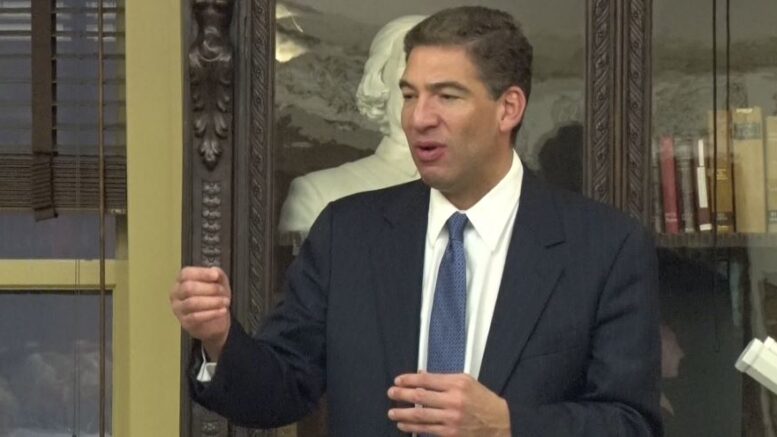 MARQUETTE — Democratic State Attorney General Candidate, Pat Miles, has been in the U.P. for the last few days meeting with other democrats in the region.

Miles was formally the U.S. Attorney for the Western District, which includes the U.P. Tonight he met with the Marquette Democrats, and discussed his qualifications, and what he hopes to accomplish if he’s elected to office. Some topics covered at the meeting were the Opioid epidemic and the Flint Water Crisis.

“My time in the U.P. has been fantastic, said State Attorney General Candidate Pat Miles. “I’ve met so many great people, and people are very politically aware – they’re keeping up on the issues, they’re asking great questions, and they’re making great comments – very insightful. I’m learning a lot while I’m up here, as I always do.”

Miles was nominated by his former Harvard Law classmate, Barack Obama, to serve as U.S Attorney for the Western District, which he served from 2012 to 2017.

Gov. Snyder speaks to 40 below professionals