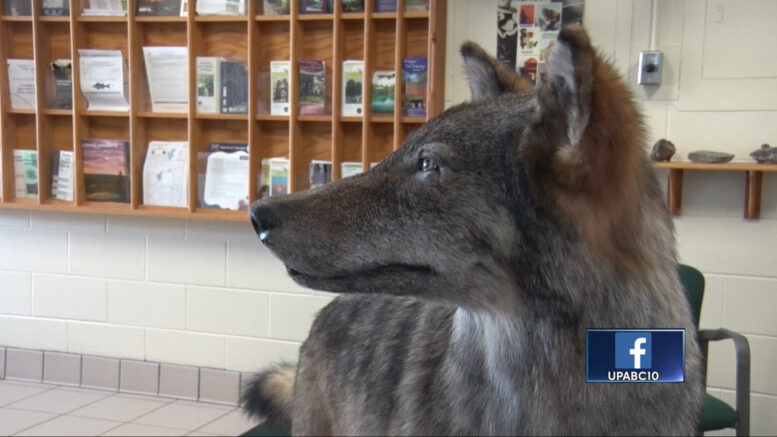 MARQUETTE — Wildlife is a beautiful part of the Upper Peninsula’s persona, and state officials are working to make sure that some animals are healthy and numerous in the region.

For many years, the Gray Wolf has been considered an endangered species. Every other year, the Michigan Department of Natural Resources conducts a census to determine the population of Gray Wolves in the Upper Peninsula.

“We use collared animals to help us decipher pack territories and pack sizes. So this is mostly an on–the–ground survey where we go out within the pack territories and try to find an individual pack,” said Kevin Swanson, a Wildlife Management Specialist at the Michigan Department of Natural Resources.

The DNR estimates that a little over 120 packs of Gray Wolves exist in the Upper Peninsula.

“Approximately 618 was the minimum count estimate of two years ago,” said Swanson.

Population is a key aspect of sustainability in any environment or ecosystem, and despite what statistics show, the wolf population is fairly adequate.

“The DNR’s hope is to someday have the privilege of managing wolves again in Michigan. As you know they’re listed as an endangered species. We disagree with that ruling that was made in 2014,” said Swanson.

Gray Wolves remain on that list to this day.

“We do this survey to justify sustainable management and to prove that we’ve got a viable population of wolves here in Michigan.”

In years when wolves aren’t the focus, the DNR does an aerial survey of the Moose population. ABC 10 will have more on how the Wolf Survey is conducted.

November 15 is the first day of regular firearm season