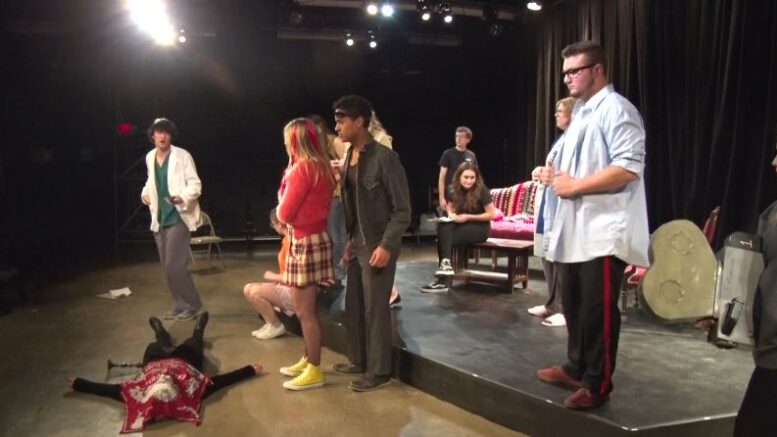 MARQUETTE — Soap operas can sometimes be a little boring, but not when a little comedy and murderous foul play is added to the mix.

Students from NMU’s Theatre Honors Society, Alpha Psi Omega, are performing their latest show, “The Bold, The Young, and The Murdered” this weekend at the James A. Panowski Black Box Theatre. In this hilarious production that takes place on the set of a failing soap opera, the executive producer gives the squabbling cast an ultimatum: Complete one episode overnight or the show dies. But when the director ends up murdered, and other cast members start dropping like flies, it seems like his threat might actually come true.

“The main benefit is just the learning opportunity for all of us,” said Alpha Psi Omega member and director, Amber Urban. “Since we’re all students, not all of us have had the opportunities to design, to direct, to do all these things. So we get to learn, and that’s an invaluable experience for all of us.”

The show opens on December 7th at 7:30pm, and runs until the 9th. Tickets are $5 for NMU students and $10 for the General Public , and those can be found online through the NMU EZ Ticketing System.