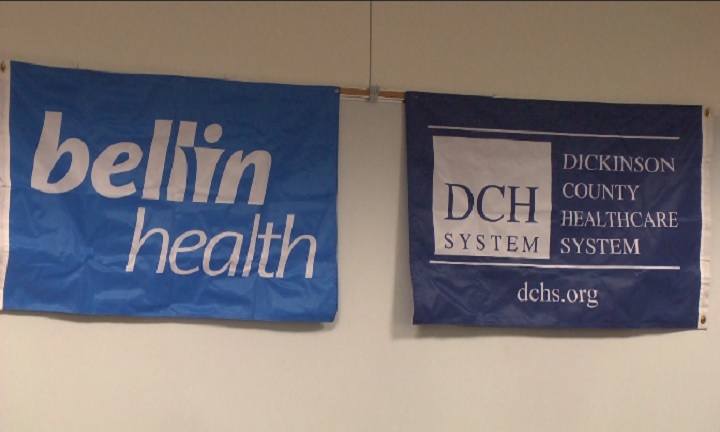 IRON MOUNTAIN — Dickinson County Healthcare System held a press conference today to announce that its Board of Directors has signed a letter of intent with Bellin Health Systems to explore the possibility of being acquired by Bellin.

With the acquisition, DCHS will be able to fund improvement projects and expand patient services, while keeping strong connections with the community. Bellin and DCHS have maintained a clinical partnership since 2016, and both organizations say their main focus is to fully integrate in order to benefit the region.

“They are a small community hospital similar very to ours, even though on a larger scale in Green Bay. I think that bodes well for this community, our employees, our medical staff and our abilities to enhance care going forward,” said Administrator and CEO of Dickinson County Healthcare System John Schon.

“We see this system actually being responsible to work in partnership with members of the community around each individual’s health,” said Bellin Health President and CEO George Kerwin. “We want people to have relationship with a health system, literally throughout their lifecycle. That’s what to expect from us in the future.”

The two entities will now work together for the next several months to acquire the assets of DCHS. An official agreement is expected to be finalized in the second quarter of 2018. The agreement will then have to be approved by Bellin and DCHS Boards, as well as the Dickinson County Board of Commissioners.

DCHS staff have been notified of the transaction. According to Schon, they will not have to reapply for their current positions and when the agreement is finalized, will be hired as Bellin employees.