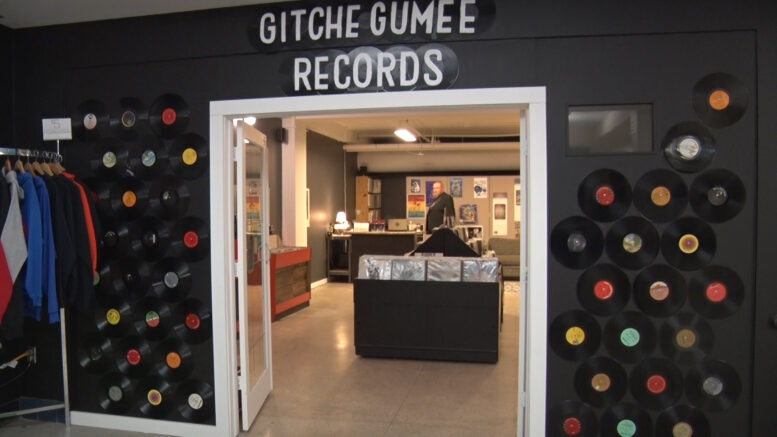 MARQUETTE — Gitche Gummee Records will be having a grand reopening this Saturday at their new store in the Masonic Building in downtown Marquette. Originally located in the Village Shopping Center on third st, Gitche Gummee Records took the opportunity to move into the Masonic Building in hopes to expand business and the local original music scene.

“We took this opportunity to move right downtown into the Masonic center which is really trying to reinvent itself. Our goal here is to provide the service of being able to get new and used records and get CD’s and other formats of course,” said promoter Andrew “Bear” Tyler.

The move also gives them a better chance to showcase some names in music, who are trying to make it big.

“In this facility, we ended getting a lot more space to put on shows; we’ve been putting on shows for the last couple of years, but we were really limited in that old location, and here, there’s multiple places in this establishment that we could put on shows and not have to go as far,” said Tyler.

The grand reopening event is this Saturday from 2:00-11:00 p.m. The reopening will feature live music with various genres from folk to heavy rock. A five dollar donation is suggested at the door to go towards putting on more shows in the future.

Super One in Marquette is renovated and ready for business