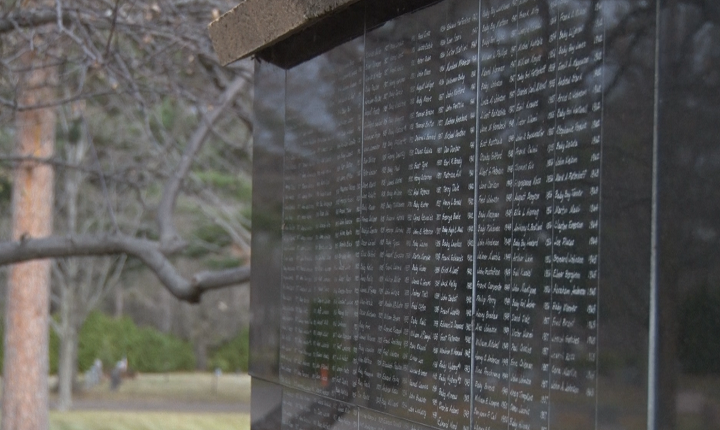 MARQUETTE — Walking through a cemetery you may often wonder about the people whose names are etched in stones across the grounds. What about those buried without a marker?

A potter’s field is a common grave for those bodies that are unknown or lack the resources for a more proper burial. Park Cemetery was established in approximately the eighteen–fifties but with no accurate data collection of its tenants until the eighteen–nineties.

Those interned here have documentation of their lives; their stories are known, but what of those who remain in the potter’s field?

“As far as the potter’s field is concerned it’s kind of heart–rending to see some of the records because you see things like unknown man, unnamed man, or you the family heart ache where a lot of the same families are burying multiple people there either due to a yellow fever outbreak or something along those lines,” said Paul Albert, Park Cemetery Sexton.

The potter’s field section of the cemetery was where many were laid to rest for numerous reasons but sharing a common trait; they did not have money like the rest.

Looking at primary source records there are more than six hundred bodies in this particular potter’s field, but other sources claim there could more than one thousand.

“Well, it’s important that people aren’t forgotten. Even if we don’t know exactly where they are interned they’re still there. I mean I have tons of people coming to the cemetery doing genealogy work and finding out their loved ones are buried there and I know it means a lot to them to know that the land where they are laid is well maintained and that there is a monument with the names etched on it,” added Albert.

Thirty–five years of missing data could have included more information about the people who were laid here.

Apart from what is known, there are still countless stories missing and unknown to all those who walk these grounds including stories of lost infants, sanatorium patients, villains, and veterans.

Roads open again after closing due to weather