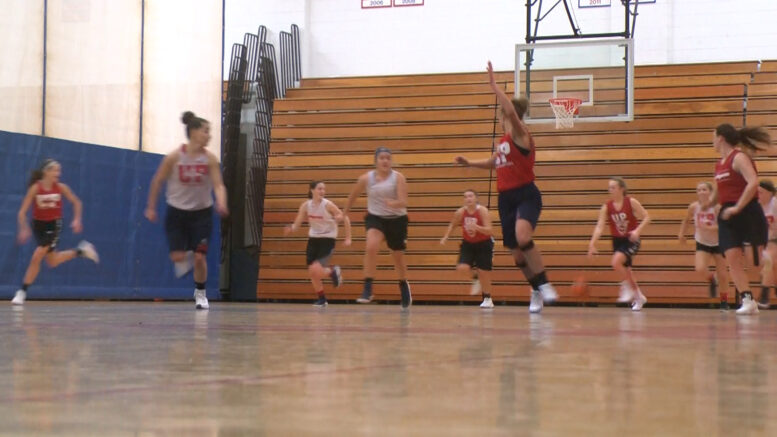 WEST ISHPEMING — We continue with our high school basketball previews and check out Westwood who are bringing back several underclassmen to fill major roles on the team. The Patriots finished last season 11–9, despite fielding one of the youngest teams in the U.P. But this time around they won’t be sneaking up on anyone as they gain more experience playing together.

“I think it really created this bond for us. Now we’re not coming into just a three–person team from last year. We have these people that we’ve already played with so now I think we have this bond and these new people coming in, they’re falling into their footsteps perfectly,” senior Elizabeth Farley said.

“Now going into my sophomore year, I have a lot more confidence and I know some of the seniors better because I got to play on the team with them last year so we have better chemistry. The last two weeks of practice, our coaches have been pretty tough on us because they say a lot of people expect a lot of things from us this year,” said sophomore Maddie Koski.

“Knowing that we’ve got this much more experience this year just allows us to do some more things with the basketball. Push the ball and just knowing that we’ve got all of returners coming back. Some of these girls have been working out for two years straight. They’re all hungry. We’re all on the same page. We’re all here to win. There’s a sense of comfort,” head coach Kurt Corcoran.

And while Westwood will be bringing back several of their players, Coach Corcoran is aware that several teams across the U.P. are doing the same.

“It’s going to be a battle every night. Our district is going to be one of the top districts in the state like it has been. The MPC is traditionally one of the best conferences and it’s not different this year,” Corcoran said.

The Patriots will open their season at home next Friday against Kingsford.

Lady Hematites are reloaded for another big year

Lady Hematites looking to carry over an experienced core