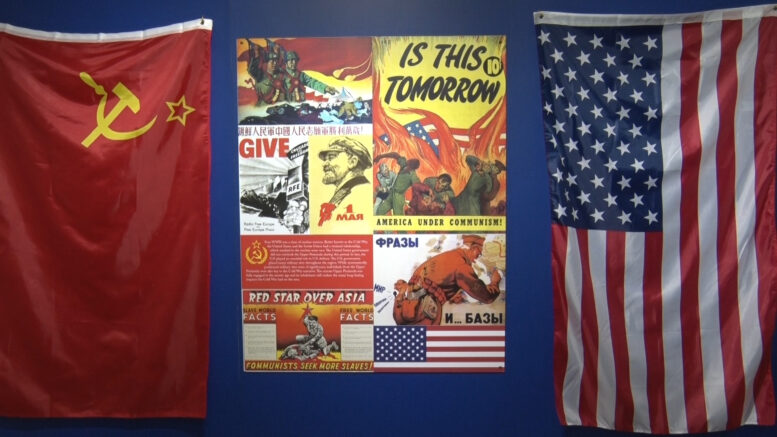 MARQUETTE — Take a trip back to the time of the Cold War this Saturday, but without all of the tension.

Northern Michigan University’s Beaumier U.P. Heritage Center, along with NMU’s Swinging Cats Swing Dance club, will be hosting a sock hop in conjunction with their Cold War exhibit. They want show the lighter side of times during the mid–20th century.

“So we chose the 1950s because it goes along with our cold war in the UP exhibit, because we wanted something that was a little bit happier from the time period, because the exhibit focuses on such an intense time,” said Elizabeth Fust, Programming Director for the Beaumier U.P. Heritage Center.

The Sock Hop was a way for people to let go of their worries and focus on the brighter side of life, creating a sense of unity throughout the United States.

“There were community events and a lot of new music coming out at the time, so it brought everyone together, just a break from the tension. The sock hop was probably a more casual dance, people just getting together, not super formal, and a lot of just mixing with your friends,” said Fust.

The event starts at 7 at the NMU University Center, and will include live music, refreshments, and a 1950s costume contest.