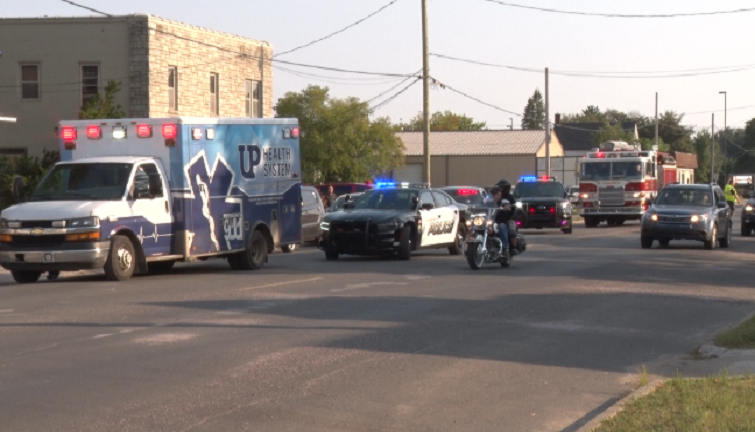 MARQUETTE — One woman was taken to the hospital after she was struck by a small SUV tonight in the City of Marquette.

The accident happened on Presque Isle Avenue near The Rice Paddy just before 6:00 p.m. A witness at the scene told ABC 10 the woman was crossing the street when she was hit by a northbound vehicle.

Stay with ABC10UP.com for the latest on this developing story.

Locker room back in use after mold problem