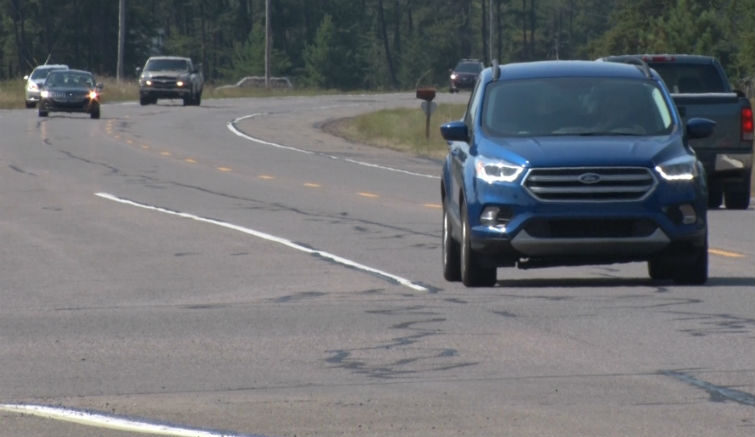 CHOCOLAY TOWNSHIP — The Michigan Department of Transportation has been hard at work this summer changing hundreds of miles of roadway speed limit signs. And a local highway has recently been adjusted. ABC Ten’s Chelsea Birdsall has the details.

In early January, Governor Rick Snyder signed off on a package of bills that would increase 600 miles of freeways to 75 miles per hour and 900 miles of non-freeways to 65. For the next few months, the Michigan Department of Transportation conducted studies to see if the roads could handle the increase. In late April, MDOT and the Michigan State Police approved over 1500 miles of roadway for speed changes.

“When these were put into effect, we did them because they were speeds drivers were already driving in this areas, said Dan Weingarten, MDOT Communications Representative. “We have data to show that the drivers were already traveling at speeds equivalent to what we were planning to bump them up to, well at least the 85th percentile speeds in that area supported that speed increase.”

Implementing new speed signs has been quite a hefty summer project, and now a chunk of M-28 going through Chocolay Township heading towards Munising has finally seen its increase. But local police are warning that leeway will not be granted as it has been.

“There’s a warning sign and everything else, so just pay attention to the signs,” said Chocolay Township Police Chief, Scott Jennings. “The guys will be out there enforcing the speed limit, it’s about as simple as that. Pay attention to what you’re doing. Most accidents happen when someone’s not paying attention. Speed doesn’t cause an accident, it aggravates it – makes it worse.”

The new increases start on east M-28 right after Kawbawgam Road near the Ojibwa Casino and goes up until M-129 on the other side of I-75. It is still 55 miles per hour until that point.

“The speed limit is either 65 or 55,” said Chief Jennings. “Keep an eye out for signs, drive according to conditions and traffic too. The responsibility is on the driver. There is an absolute speed limit, doesn’t mean you have to do that.”

“The speed limit will be 65 in the winter as well as the summer, but don’t forget there’s Michigan’s basic speed law – drivers should always remember that just because the sign says 65 or 55, it doesn’t mean that’s the speed you need to drive. You need to drive the speed that’s appropriate for the conditions,” said Weingarten. “That’s your responsibility as a driver.”

M-77 from US-2 to M-28 was also signed this week. Changes are more than half way done with an anticipated completion date in November.