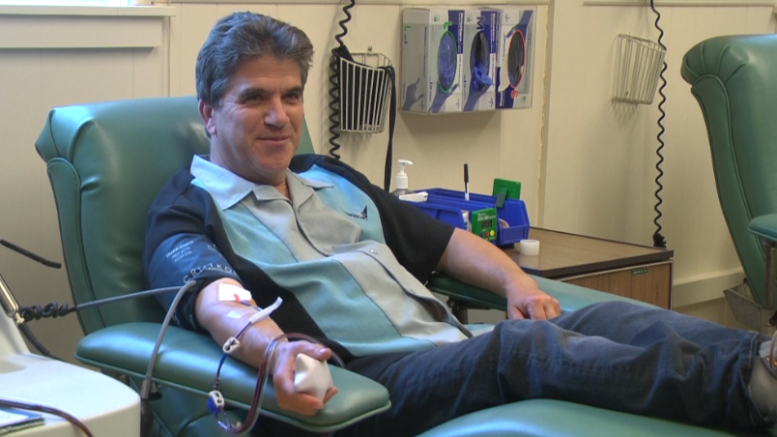 MARQUETTE — A blood donor in Marquette recently reached a milestone in his donation career and on Monday he was congressionally recognized for his achievement.

Mark Johnson has been coming to the U.P. Regional Blood Center in Marquette for 35 years. And well over 800 donations of both blood and platelets later, he is being recognized by Representative Jack Bergman’s office for his dedication to the community. The ceremony was a surprise to Johnson who says he was shocked at the recognition, but that isn’t why he does what he does.

“It’s helping somebody else out and maybe with all of this attention, maybe other people will start donating, that’s my goal,” said Mark Johnson. “I just know that it’s helping somebody little bit more inconvenient than just sitting here with a needle in your arm. I wish more people would donate because it stays here, locally.”

While he isn’t in it for the glory, Johnson says he hopes he can inspire others to follow his lead. Over the last three and a half decades, Johnson says the staff and other donors have been amazing and he highly recommends getting involved – not only because the staff is kind, but you also get your fill of cookies. All together, it takes less than an hour to donate and save a life.

Blood donations needed across the U.P.