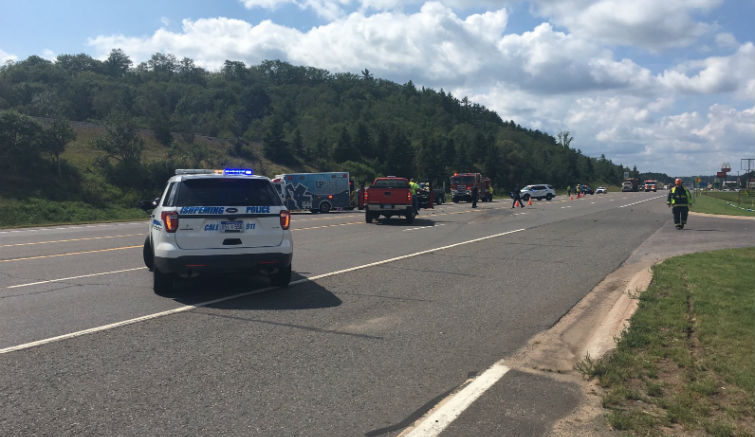 The Ishpeming Police Department has released names of the two people involved in a fatal two-vehicle accident that occurred Tuesday afternoon in Ishpeming.

Barto was pronounced dead at the scene. Lamer sought his own medical treatment.

US-41 was shutdown from the Second Street roundabout to Lakeshore Drive for approximately 2 1/2 hours. Traffic was re-routed through the City of Ishpeming.

The investigation into the crash is ongoing. Anyone that may have witnessed the crash and has not talked with law enforcement is asked to contact Ishpeming P.D. at 906-486-4416.

ABC 10 has confirmed one person is dead and another was injured after a two-vehicle accident this afternoon on US-41 near Hilltop RV in Ishpeming.

The accident occurred just before 1:00 p.m. A small SUV and a minivan were involved in the accident.

A bystander told ABC 10’s Jerry Taylor the injured person is a student at Michigan Tech that was making his way back to campus. It’s not known how the accident occurred on who was at fault.

Second Street Roundabout to Lakeshore Drive is currently closed. Stay with ABC 10 News and ABC10UP.com for the latest on this developing story.

ISHPEMING — North and south bound US-41 going through Ishpeming is shut down as first responders deal with a two-vehicle accident near Hilltop RV.

We will have more as details are released. Stay with ABC 10 for more on this developing story.