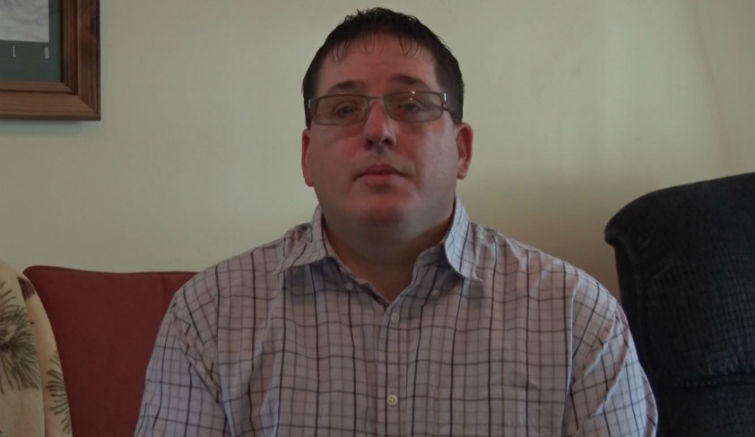 GWINN — Innocent until proven guilty. It’s a mantra our legal system has been operating on for over two hundred years. But when a person is found not guilty of a particularly heinous crime, like criminal sexual conduct, the aftermath can be just as detrimental as the accusation itself to one’s reputation. One Gwinn man found that out the hard way.

Dennis Forbes, 35, was arrested in October 2016 for first and second degree criminal sexual conduct involving a victim under the age of 13. Seven months later, Forbes faced a jury of his peers in Marquette County Circuit Court.

After three days of trial and three hours of deliberation, the jury delivered a not guilty verdict.

“I wish I could say I was excited, but my life was already destroyed,” said Forbes.

The trouble for the father of four was only just beginning. Forbes’ children have always been students at Gwinn Area Community Schools and his oldest son is a starter for the Modeltowners football team. He was served a no trespass order, banning him from school property until after the charges were dropped. In addition, he had dedicated several years to coaching sports and was employed by the school district for nearly a decade up until his arrest when he was put on leave.

Following his innocent verdict, Forbes was relieved of his no trespass order and sought his job back, only to be met with opposition. Forbes and Gwinn Superintendent Tom Jayne had a heated discussion over the phone in mid-June about his job. Forbes says he threw his phone and yelled out an expletive phrase, to which Jayne interpreted as a threat and harassment.

“You have to take into consideration everything I’d been through,” said Forbes. “It was directed at everything and everyone. I was just frustrated at the whole situation. It wasn’t directed at him, it wasn’t like I said his name, ‘Mr. Jayne is this or is that,’ or any vulgar threats.”

Within a week, Forbes was served a second no trespass order on school grounds, but this time as a result of the harassment Jayne felt from Forbes in their conversation.

“I want to go to my kid’s sporting events and parent teacher conferences and daddy-daughter dances,” Forbes said. “My kid is sixteen years-old and I have never missed a sporting event, a parent teacher conference, any concerts at the school. I have attended every one, there’s not one that I’ve missed. It hit home. I just want to go to my kid’s events.”

Jayne and Forbes met in person to discuss this concern.

“He said I’ll take it into consideration, but he wanted these guidelines and he said it had nothing to do with my charges but I have a list of the guidelines that are like don’t sit in the student section, don’t talk to the children – just come and go,” Forbes said. “I do believe I’m being discriminated against because I fought my innocence.”

Last week, the school sent Forbes a formal declaration of the guidelines and requested his signature of acknowledgement and obedience before entering school grounds. But Forbes will not be signing the paper, stating it insinuates he has done something wrong to warrant the order, which he maintains he has not. We reached out to Jayne, but he declined comment on camera, saying he felt harassed and stands by the letter.

“It’s about my children and whoever else is accused of something – it’s about their children. The kids look in the stands, they look for that parent and I’ve always been there,” said Forbes. “Now when Friday comes, my kid has to look and I’m not there.”