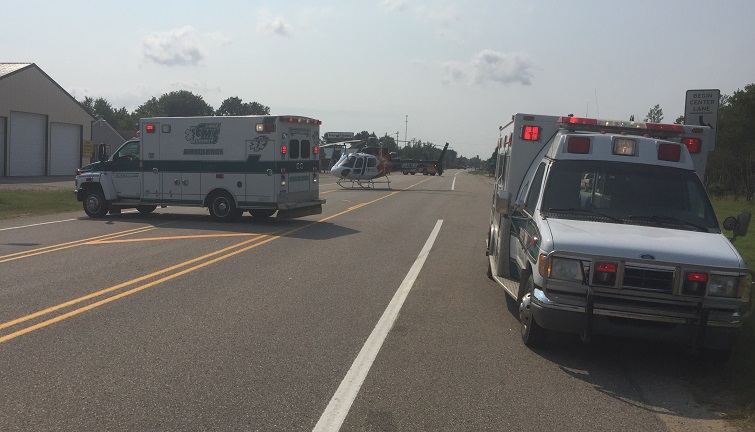 SENEY — Two people were taken to the hospital after a motorcycle accident Sunday afternoon.

According to the Michigan State Police, the accident happened on M-28 near M-77 in Seney around 2:30 p.m. A motorcycle driven by Robert Wydeck, 63, of Grand Haven, was westbound on M-28 when police say he suffered a medical episode.

Wydeck lost control of the motorcycle and collided with a road sign on the north side of the road. He and his wife, Kathleen McCartney-Wydeck, 63, were thrown from the bike.

Robert Wydeck was flown to UP Health – System Marquette. Kathleen McCartney-Wydeck was taken by ambulance to Helen Newberry Joy Hospital in Newberry.

Speed or alcohol were not factors in the accident.