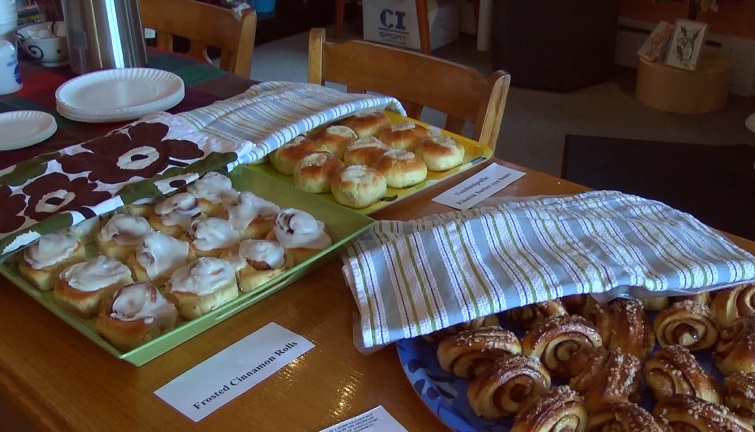 HANCOCK — North Wind Books at Finlandia University is hosting a series called, “Bakers and Books” every Thursday until the end of September. The series is open to the public and begins every session at 10 a.m.

Each session will feature a local baker who will sell their baked goods and enjoy conversation with visitors. This first featured baker is Kayleen Holmstrom.

She serves both Finnish-inspired and American cinnamon rolls, which were recently featured on an episode of Bizarre Foods.

“I’ve been baking since I was a little girl. I lived on a farm, my parents were both Finnish, my grandparents all came from Finland, so I was just interested in baking Finnish-kind of things and just baking anything in general,” said Holmstrom.

The store is hoping the series will introduce local bakers, like Holstrom, to the rest of the community. North Wind Books provides complimentary coffee with the baked goods.

Patrons are also encouraged to visit and browse the bookstore during this time.