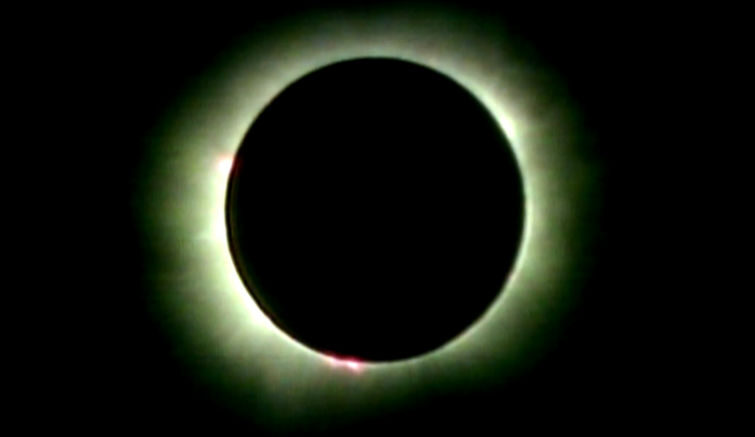 MARQUETTE — As we get ready to head into the weekend, people all across the county are gearing up for the chance to see the highly anticipated solar eclipse on Monday. But what exactly is a solar eclipse and what will it look like in our area? ABC Ten’s Chelsea Birdsall talked with experts at Northern Michigan University to get the scoop in this week’s feature.

“This same eclipse we’re seeing today, will repeat in 56 years,” said Dr. David Donovan, the Physics Department Head at Northern Michigan University. “This is where solar eclipses get their mystique – they don’t happen very often and there’s a long time frame for them to happen in the same place.”

The August 21 solar eclipse has been the talk of the country for quite a few weeks, as people prepare themselves for what could be a once in a lifetime event. Essentially, a solar eclipse is a quirk of nature in which the sun and the moon take up the same amount of sky from our view on Earth. So when the moon moves in front of the sun, the sky is completely covered for those in the path of totality.

The totality of this particular solar eclipse will only be seen in a path of about 70 miles wide, from Oregon to South Carolina. The start of the moon’s coverage to the end is about three and a half to four hours, but complete coverage only lasts for a few, brief minutes. The last solar eclipse that could be seen in Marquette at all was in May of 1994 and it was only a partial eclipse. The eclipse will be seen in the area, but as we are not in the path of totality, we won’t see as much.

“You won’t see the sky get dark like you would in the path of totality,” Donovan said. “We’re going to be between 70 and 80 percent blocked. So you probably won’t see much of a change in lighting in the sky, but if you look through the telescope, you’ll see a black disc, the moon, move in front of the sun.”

Northern’s telescope will be open to the public to view the eclipse, but Donovan cautions those who are observing on their own to have eye protection.

“When the sun is being blocked, the visible light that would cut down your pupils and keep you from staring too long aren’t there, there are other forms of radiation coming off the sun that could be damaging,” Donovan said. “So you want to be careful not to look too directly and have appropriately filtered glasses, or in our case, we have a filter for the telescope that makes it safe for you to look at.”

Donovan also warns that weather can have adverse effects on eclipse viewings and a particularly cloudy day could hide any signs of an eclipse. Solar eclipses have been attracting attention since the ancient times, dating back to Stonehenge, which can be used to predict eclipses. Eclipses also helped prove Einstein’s theory of relativity. And now decades in the future, modern scientists spend years preparing for eclipses and are currently setting up in the path of totality in hopes of answering a slew of scientific questions.

“People have been setting up for years, getting ready for this,” Donovan said. “They’ll have 2-4 minutes to get all the data they can and they’ll have to hope their situation won’t be compromised by weather or last minute equipment delays.”

Northern’s telescope will be open to the public for free on Monday, August 21 from 12:30 pm to 3:30 pm. For more details on where to go, click here.

Bikers and runners will raise money for brain cancer research