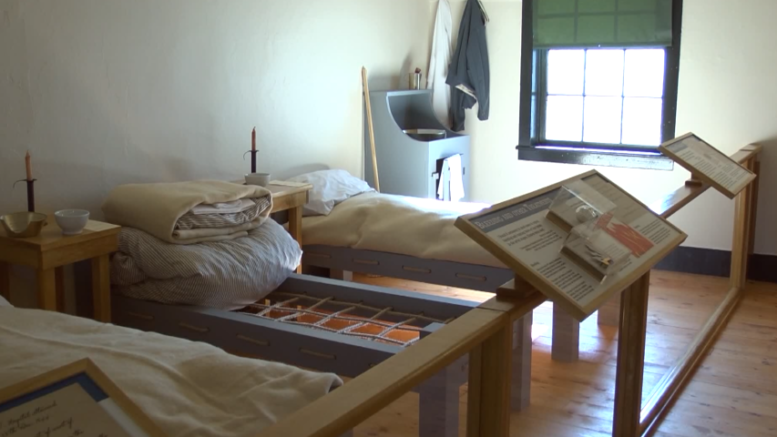 COPPER HARBOR — An exhibit that explores a mysterious illness that infected thirteen is now open at Fort Wilkins.

An unknown disease with flu-like symptoms hit the troops at Fort Wilkins during the 1844-1845 winter. A new exhibit in Copper Harbor explores this mysterious epidemic.

“The Michigan History Center was excited to put in this exhibit because we had new information about the post’s doctors, we had the report from the surgeon and we really tell the story of the epidemic that hit Fort Wilkins,” said Fort Wilkins State Park Historian Barry James.

The new information came from a report in the New York Journal of Medicine published by the fort’s surgeon, Charles Isaacs. He worked to heal these infected soldiers using popular treatments of the time, including blood-letting, cupping and doses of mercury and opium. The exhibit not only explores these remedies, but also takes visitors into the actual hospital ward these patients were treated in more than 150 years ago.

“We recreated the period room to the 1840’s period, replacing a room that talked about the second occupation of the fort,” said James. “The beds are recreated to look like they did from the 1840’s as well as medical instruments, so the visitor has an opportunity to enter a room that has never been open to the public before.”

The new exhibit was funded by a grant through The Michigan History Center and the Keweenaw National Historical Park. Like the rest of Fort Wilkins, this exhibit is open to the public from 8:30 a.m. to dusk until October 16. Admission is free, but a recreation passport is required for park entry.