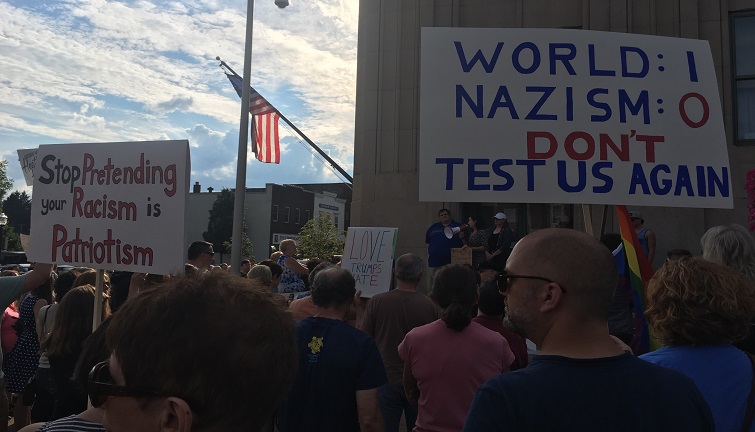 Forward Action Michigan U.P. organized the gathering late Saturday night. A thirty-two year-old woman was killed Saturday when a vehicle plowed into her during an anti-Nazi movement. Hill says the gathering was meant as a way to stand in solidarity with the people of Charlottesville.

“There are people who are concerned about the future of our country who believe that liberty and the importance of diversity must be recognized in his country,” said Jennifer Hill of Forward Action Michigan U.P. “The idea that our history is actually more diverse than people think and we want to make sure that message is heard.”

The driver of the vehicle that killed the 32-year-old woman has been identified as James Field Junior, 20. He’s being held on three charges, including second-degree murder.

Two police officers also died responding to the protests. Gathering organizer Jennifer Hill credited social media for getting the word out about the event.

MARQUETTE — A group of more than 150 people gathered in Downtown Marquette Sunday night in support of Charlottesville, VA.

The gathering comes one day after protests between Nazi supremacists and anti-Nazi protestors turned violent and deadly in the State of Virginia. Forward Action Michigan U.P. organized the event late Saturday night.

People standing at the corner of West Washington and North Third Street held signs that read, ‘Hate Destroys Love Unites’, ‘No Hate’, and ‘Stop Pretending your Racism is Patriotism.’

Learning to fly at Michigan Tech