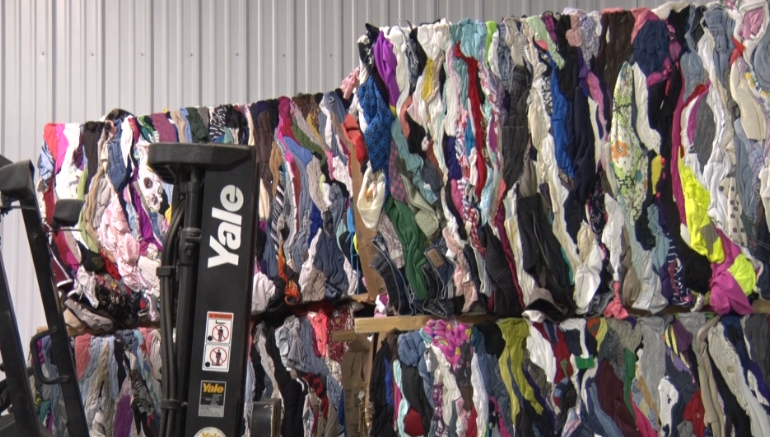 ESCANABA — The St. Vincent de Paul of Escanaba is continuing to run a soft textile program that sends clothing items not sold in stores to third world countries.

Since 2005, the St. Vincent de Paul of Escanaba has been working to minimize waste while also helping out third world countries.

Light weight clothing that is not adequate to be sold in stores is collected and pressed into these bales. These bales are sent to communities throughout Africa that rely on them to make a living.

“The people in Africa in small communities, buy the bales from a supplier that we sell them to and they make a living off of it,” said Bedard.

Getting the clothes sorted can be an intricate task.

“We have a baler, but we do have to go through and sort it piece by piece to make sure that we get the correct items in there. We cannot put hoodies, sweatshirts, or any type of jacket,” said Bedard.

After hearing about other stores participating in this program, the Escanaba location decided to join in.

“Other St. Vincent de Paul stores in the area and across the country have been recycling for quite some time, then we heard about it and decided to do it,” said Bedard.

This program not only helps reduce waste but also provides a form of profit for communities in need.

“It’s always nice to know that when we see nice clothing going to someplace that doesn’t have much, it’s always nice knowing that they’re going to have something and it’s not going to cost them too much,” said Bedard.

If you are interested in learning more about the recycling program or scheduling a tour of the warehouse, you can contact the St. Vincent de Paul of Escanaba at (906) 789-1281.