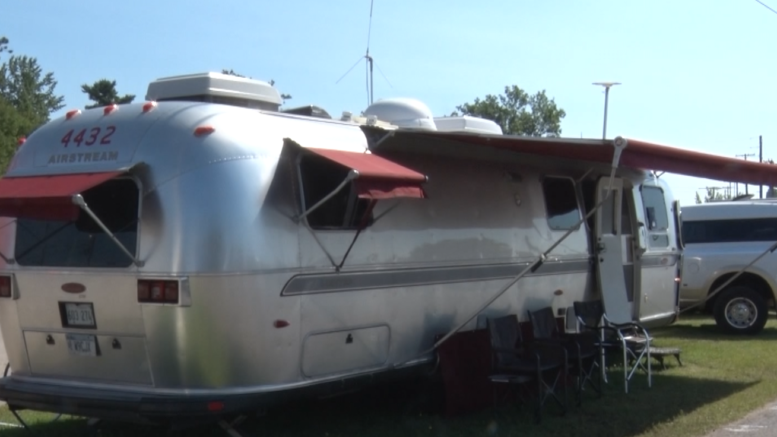 ESCANABA — Time is running out to see the largest gathering of Airstreams to ever make their way to the Upper Peninsula.

The Airstream International Rally wraps up tomorrow in Escanaba. The Wally Byam Caravan Club International is an RV Association for Airstreamers. And the organization has 13,000 members all over the world.

Approximately 1,200 people and 650 Airstream RVs from all across the country are in Escanaba for the week–long event at the U.P. State Fairgrounds. Airstream RV’s were created in the 1930’s and 60 percent of them are still in use today.

“When people think about traveling and RVing, some people are not even sure what it is. When they hear it’s an Airstream, they connect the dots,” said Justin Humphreys, VP of Sales for Airstream. “They’re very modern on the inside. That’s the ‘ah ha’ moment for them; this iconic shape with this modern inside. And they’re as popular as ever,” Humphreys added.

Airstreams are as small as 16–feet long. The largest model is a 37 foot aluminum motor home. Outdoor activities, indoor games, as well as shops and seminars about Airstreams are all a part of the week–long event, wraps up Saturday.