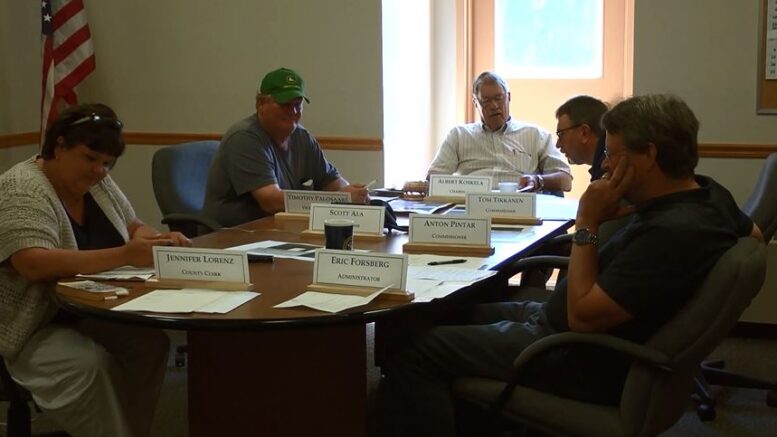 The board presented two options on how to pay for the addition. One would raise one million over ten years through raising taxes. The second option would be to take $500,000 from the Medical Care millage. This option would require a public vote and the board is unsure if this can be done.

“Currently, the county medical care gets $2.54 million, I believe, and they could reduce their millage. It wouldn’t really affect them, they’d still have a good cash flow and I think it would help the voters,” said County Commissioner Vice Chairman Tim Palosaari. “The voters would have to come up with another $1 million. The big thing is raising taxes and I’m against it.”

The language for the ballot and actual ballot measures will be discussed at the next County Commission meeting on August 15th. The measure will be on the next statewide election ballot in 2018. To remedy the jail’s overcrowding issue, the board’s plan is to build an addition onto the current facility, adding 64 beds and three holding cells.

A drawing and budget plans will be on the commissioner’s website soon.

Two arrested for possession of heroin and crystal meth

Future use of Library in question