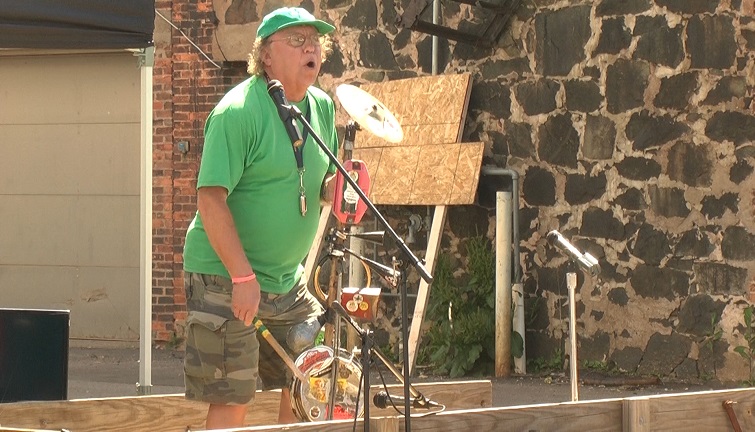 ISHPEMING — Downtown Ishpeming was the site of a two-hour concert Thursday afternoon. The one-man band from Negaunee behind the music celebrated his 44th year of playing a one of a kind instrument.

He’s simply known as ‘Goofus.’ The instrument’s name is Betty.

Goofus has been playing the Polkacello, which is a number of different instruments all on the same pole- for more than four decades. The concert took place at the site where Goofus first played the Polkacello- the former location of Hickey’s Bar.

“What do you love and enjoy about playing the Polkacello?” Goofus was asked.

“Wa-Hoo! Making people smile!” exclaimed Goofus. “I call this my industrial model- No. 8, Betty!” he added.

Goofus did not play alone. The man who taught him to play the Polkacello, nicknamed, ‘Tear Bear’ joined him on stage for a couple of songs.

The UP and Coming Trend, Part 2