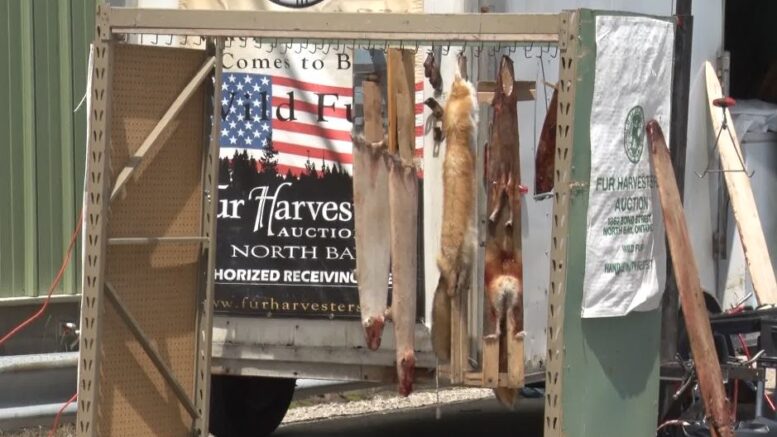 ESCANABA–Four buildings full of merchandise make up this year’s U.P. Trappers Convention at the U.P. State Fairgrounds in Escanaba.

The event features of course the art of trapping, but also everything that has to do with the outdoors. Guns, knives, outdoor artwork and more are all for sale during the two-day experience. The show has grown over the years, attracting vendors from as far away as South Dakota, Nebraska and even Georgia.

“We try and grow it a little bit every year. We’re trying to get more into the hunting and fishing side of it because we’ve got every aspect of the trapping side of it,” said Roy Dahlgren, convention coordinator. “The Escanaba people they back us 100%. It’s a real good event for the area and they love having us.”

Dahlgren said more than one thousand people have already made their way to the fairgrounds for the convention. Next year, the National Trappers Convention will make its way back to Escanaba, which will bring more than ten thousand people to the area. Escanaba last hosted that convention in 2014. This year’s convention runs through Saturday.

Courthouse evacuated; closed for the day